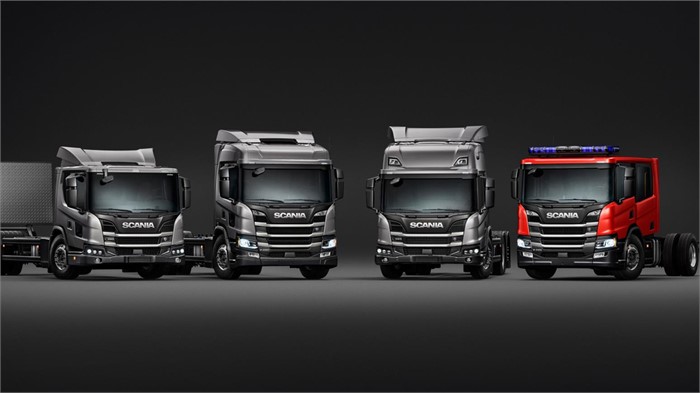 Scania have three trucks from their urban range on display at Freight in the City 2019, including an L-series hybrid model that is making its first public showing at the event. (Photo courtesy of Scania.)

At this year’s Freight in the City Expo, which is taking place today, 6 November, at Alexandra Palace in London, Scania has two L-series models on display, both of which have received a five-star rating under TfL's Direct Vision Standard. There is also a P-series model at the event that received a three-star rating. Anders Lampinen, director of new technologies at Scania CV AB in Sweden, is also on hand to talk about the company’s “vision for the future of urban deliveries” as well as how it is working “to help the industry achieve its sustainability and safety ambitions.”

No Better Time Than Now

“The rate of urbanisation occurring today makes Freight in the City Expo an extremely important occasion for our industry as it gives us all an opportunity to discuss and consider the urban challenges we face going forward,” says Vincente Connolly, UK Sales Director for Scania (Great Britain) Limited. “Two of the most pressing of these challenges are sustainability and the safety of vulnerable road users, both of which have long been key focus areas for Scania. We very much look forward to welcoming guests to Freight in the City Expo 2019 and presenting our products, ideas and concepts to them.”

One of the trucks at the event is a Scania L 320 6x2*4LB Hybrid; this event is serving as the model’s public debut. It features a 320-horsepower Euro 6 DC09 126 diesel engine and a 177-horsepower (130-kilowatt) electric motor. It also has a Scania GRS895 transmission that features the manufacturer’s fully automated Opticruise gear-selection system. The versatile truck can run all-electric or while also using diesel, biodiesel, or HVO (hydrotreated vegetable oil). Scania says the renewable fuel option can reduce carbon dioxide emissions by up to 92%. Other features include a steering rear-axle and a City Safe passenger door window.

The other two trucks, an L 360 B8x4*4NB and a P 320 B6x2*4NA, both have the same City Safe window. The L 360 features City Lifting’s livery, because the Purfleet-based firm “became the UK’s first operator of a new generation Scania L-series truck” back in 2018, Scania says. The P 320 shares the same rear-steering axle with the L 320 Hybrid, but it also has a drop-side body and grab, making it well-suited for life “as a builder’s merchant truck,” the company explains.

You will find a large selection of new and used Scania trucks for sale every day on TruckLocator.