Motor homes generally fall into Class A, Class B, and Class C categories based on their design, size, and other factors, with Class A models being the largest and most luxurious. 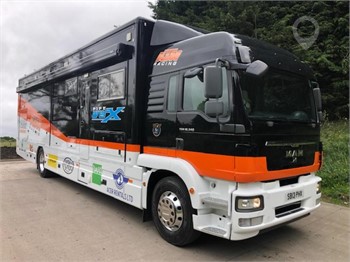 Motor homes generally fall into Class A, Class B, and Class C categories based on their design, size, and other factors. Class A models are the largest and most luxurious, stretching up to 14 meters long; sleeping six or more; and including such features as multiple slide-outs, a shower and toilet, entertainment area, couch, and kitchenette. Class B models include conversion vans and are the smallest type but easiest to drive, park, and maneuver. Class C models are midsize vehicles built on a van or truck chassis that include features similar to Class A models but that integrate sleeping space, or berth, above the cab area.

Drawing inspiration from the covered wagons U.S. settlers used in the 1700s, modern motor homes stem from the Touring Landau model that Pierce-Arrow Company debuted in 1910. American Raymond Frank is credited with inventing the name 'motorhome' in the 1950s.