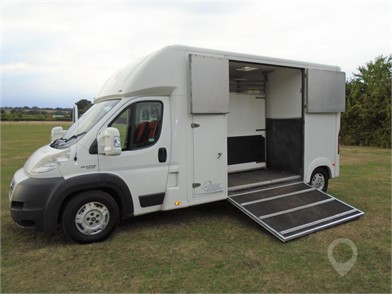 Fabbrica Italiana di Automobili Torino, better known as Fiat, was incorporated in 1899 and produced its first car, the 4 HP, that same year. Today, the company is known as Fiat Chrysler Automobiles (FCA), and it owns several popular brands, including Alfa Romeo, Dodge, Jeep, Maserati, and others. One brand in particular, Fiat Professional, is responsible for many of the company’s commercial vehicle offerings, including pickup trucks, vans, people movers, and general work trucks. Although it was established just over a decade ago, Fiat Professional has roots that stretch back to 1903. 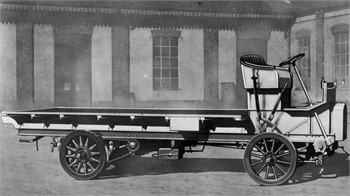 In 1903, Fiat produced the 24 Horse Power (24 HP), its first light commercial vehicle, which had a flatbed and could haul 4,000 kilograms of cargo. In 1906, the company introduced the 18-24 HP, which is referred to as a “self-propelled carriage” and was even more successful than its predecessor. From 1911 through 1920, Fiat began producing ‘true commercial vehicles,’ including the 1F (‘F’ for furgone, Italian for van) with its 500-kilogram capacity followed by the 2F with its 20-horsepower engine and 1,000-kilogram capacity. Organisations including the British Post Office and British Royal Navy used these vehicles extensively. 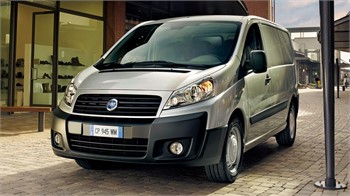 In the 1970s, Fiat introduced models that are still in production (at least in some form) today, such as the 127 Fiorino in 1977, a commercial vehicle that is currently in its third generation. Fiat followed the 127 Fiorino up with the Ducato x2/12 van, Fiorino pickup truck, and Fiat Talento van in 1981, the Scudo in 1995, and the Doblò and Strada models in 2000.

In the years to come, Fiat would continue to introduce new iterations of past models as well as brand new vehicles, notably the Doblò Cargo and New Ducato in 2006, the New Scudo in 2007, the New Fiorino in 2008, the New Doblò Cargo in 2010, and another Fiorino model in 2011. More recently, Fiat introduced its lineup of Fullback pickup trucks in 2016.

Which Fiat is the right fit?

Fiat’s lineup of Fullback pickup trucks are available in Cross, Double Cab, and Extended Cab configurations. Depending on the specific model, you can expect to get between 154 and 181 horsepower and between 380 and 430 newton-metres of torque. All three models, and their respective versions, have 2.4-litre Euro 6 engines and offer four-wheel drive. They also have a one-tonne maximum load capacity and a 3,100-kilogram maximum towing capacity. 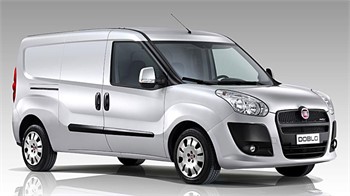 The Doblò Cargo is well-suited as a work van and has a load compartment that can hold up to 5 cubic metres and 1,005 kilograms of payload, including the driver. The Doblò Combi is a versatile vehicle fit for deliveries or people transport. It has enough capacity to hold five people plus up to 425 kilograms of cargo. The Doblò Work Up has an open load compartment with a maximum capacity of 4.2 cubic metres and 100 kilograms. They all share the same engine options, with the most powerful being the 120 T-Jet Euro 6 engine, which produces 120 horsepower and up to 206 newton-metres of torque. 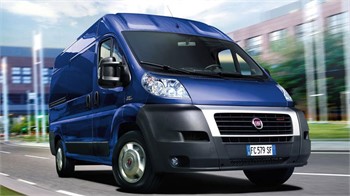 Fiat’s Ducato lineup is highly versatile with models suitable for goods transport, people transport, or for use as a work truck in a fixed load bed or tipper configuration. The Ducato Goods Transport and Truck models share many of the same engine options, with the most powerful being the 180 MultiJet2, which offers 177 horsepower and up to 400 newton-metres of torque. The Ducato People Mover has the option for a 150 Ecojet engine that produces 148 horsepower and up to 380 newton-metres of torque. The transport models can hold up to nine people, but the Ducato Minibus has a maximum capacity of 16 passengers.

Fiat’s Talento is available as a standard van, floor cab, crew cab, and N1 or M1 People Mover. The Crew Cab model can hold up to six people and supports a maximum payload capacity of up to 1,025 kilograms and 4 cubic metres. The M1 model can hold up to nine people with three rows of seats. Engine options range from 95 horsepower and 260 newton-metres of torque up to 145 horsepower and 340 newton-metres of torque.