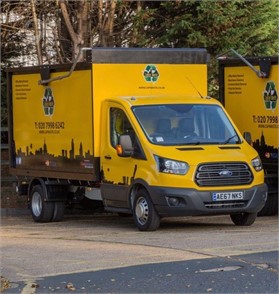 Ford has dominated commercial sales in the UK for more than 50 years, largely on the back of the Transit panel van introduced in 1965.

Ford has dominated commercial sales in the UK for more than 50 years, largely on the back of the Transit panel van introduced in 1965.

Although initially best-known as the iconic American automotive pioneer responsible for the 1908 Model T car, Henry Ford also built the longer, more powerful, and more robust descendant in the UK: the 1917 Model TT. The Model TT, built in Manchester at Ford’s Trafford Park factory, was ostensibly a 1-ton truck with a customisable chassis suitable for hauling cargo of every kind. In essence, it laid the foundation for decades of Ford commercial trucks and vans around the world. 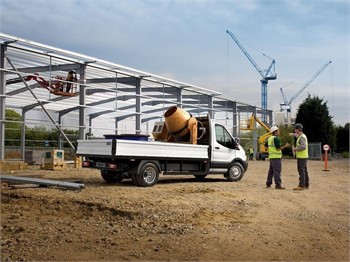 There’s a conversion available for practically any type of Ford Transit you need.

After World War II, Ford unveiled an even better workhorse in 1948 with the F-Series trucks. Ranging from the half-ton F-1 to the 3-ton F-8, the new series gradually spawned the F-250, F-350, and F-150 models essential to businesses far and wide. Other Ford commercial vehicles sold under the Fordson and/or Thames branding.

There are many, many good Fords on the used market, but the newer the model the greater the likelihood that it will come with technological innovations including the SYNC voice-activated connectivity system, co-developed with Microsoft. Other tech features included Pre‑Collision Assist with Pedestrian Detection emergency braking, Adaptive Cruise Control, Trailer Sway Control, the Blind Spot Information System, Active Park Assist with Perpendicular Parking, Side Wind Stabilisation, an Intelligent Speed Limiter, the Terrain Management System, and the Ford PassConnect system for remote fleet management.

Which Ford Is Right For Me?

The quintessential Ford commercial vehicle is the Transit panel van. In fact, according to a study conducted by Census Wide, the British public now commonly uses the word “Transit” as a generic term for “van.” The Transit traces its origin back to 1965, when Ford UK and Ford Germany collaborated to release it in Europe. By 1976, Ford had sold its millionth unit, a feat it has repeated six times as of this writing. Transit van production moved from the Southampton plant to Otosan, Turkey, in 2013.

Current variants include the small Transit Courier, the compact Transit Connect, and the one-tonne LCV Transit Custom, as well as Chassis Cab and Minibus editions. Motor options include a 1.0-litre EcoBoost petrol engine and two all-new EcoBlue diesel engines with 1.5- and 2.0-litre displacements. Conversions are available as a dropside, 1- and 3-way tippers, a luton, a box van, refrigerated and freezer vans, wheelchair accessibility vans, campers, vans for traffic management and blue light applications, utility vans, delivery vans, and more. Ford is currently giving its experimental Transit Custom Plug-in Hybrid, or PHEV, a trial on the streets of London. It plans to release a new Transit model with a diesel mild hybrid (mHEV) powertrain option in 2019. 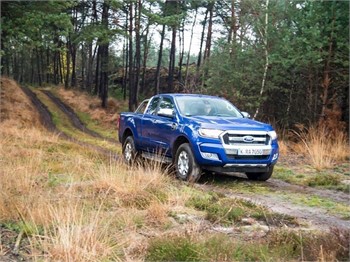 The Ford Ranger pickup truck feels right at home on the back roads. A 2016 Limited variant is shown above.

This popular Ford truck has typically taken the form of a compact pickup since it debuted as a distinct model in 1983. In 2015, it became the bestselling pickup in Europe, climbing 27% year-over-year to 27,300 sold. Current models come in various trim levels including the high-end Wildtrak and Wildtrak X editions. There are also three cab options and three diesel engine power levels.

Back on the list of Ford’s commercial vehicles is the Fiesta Van, which returned due to customer demand, the company says. The original debuted in 1976 as a front-wheel-drive subcompact hatchback built near Valencia, Spain. Per units sold, it proved to be more popular than the 1965 Mustang. The current model is a nimble urban runabout with good fuel economy. It has about 1.0 cubic metre of cargo space, a gross payload of approximately 500 kilograms, and a choice of 1.0-litre EcoBoost petrol or 1.5-litre TDCi diesel engines.