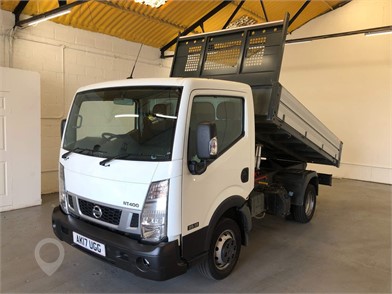 Other_vehicle_text: EURO 6, FREE UK delivery with no quibble money back guarantee. with no known mechanical faults. Vehicle will come with 12 months mot, new service and full parts & labour warranty. Come and see us or buy over the phone with no obligation and get FREE DELIVERY to your door withi...

In the UK, Nissan vehicles include the electric E-NV200 and NV200, NV300, and NV400 vans, and the Navara pickup truck. There is also the Nissan NT400, a light commercial truck available in single and double cabs and in 3.5- and 4.5-tonne versions.

Established in 1933, Nissan’s vehicle manufacturing roots date to 1914 with the production of the first Datsun model by the Kwaishinsha Co. Nissan’s history is also tied to Japan’s Jidosha Seizo Co., which was established in 1919 as the Jitsuyo Jidosha Seizo Co. and which manufactured three-wheeled vehicles designed by William Gorham, an American engineer who would factor heavily into the development and manufacturing of Nissan’s early vehicles.

Eventually, following various mergers, affiliations, and subsidiary creations, Jidosha Seizo took over production of Datsun vehicles in the early 1930s before transitioning into the Nissan Motor Co. in 1934. Although Nissan discontinued the Datsun brand in the early 1980s after 20 million vehicles sold, it brought the brand back in 2012.

If you’re in the market for used Nissan pickup trucks and commercial vans, including Navara and Cabstar (also known as the NT400) models, you’ll frequently find them for sale on this site.

Which Nissan Van Is Right For Me?

“Built for the week and the weekend,” the Navara is available in a range of cabin and body configurations, enabling it to meet any business needs, Nissan claims. Whether choosing a King Cab or Double Cab option, the Navara supports a 1,221-kilogram payload and include Hill Start Assist and Hill Descent Control for enhance traction. The Navara’s 4WD versions, meanwhile, can tow up to 3,500-kilogram loads.

Although compact, Nissan designed the Cabstar (now NT400) light commercial van to be roomy, including by using a cab-over-engine design to maximum cargo space. With 3.4-, 3.5, and 4.5-tonne options, the NT400 is available with single or double-cab options. The van’s 3.0-litre engine is available in 130 or 150PS options. You’ll often find numerous late model Cabstar and newer Nissan NT400s for sale on this site.