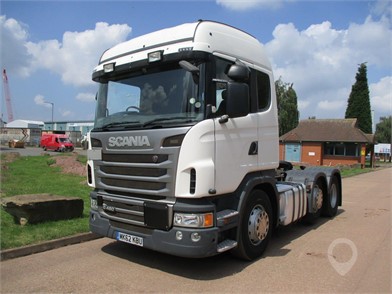 The G Series is certainly a step up from the P Series, both in terms of power and in accommodation. The cabs are larger, with more storage space, and are more suited to national distribution with overnight stops.

Launch
Scania P-Series introduced to fill the gap between the small P-Series and the top end R-Series.

The G Series is certainly a step up from the P Series, both in terms of power and in accommodation. The cabs are larger, with more storage space, and are more suited to national distribution with overnight stops. 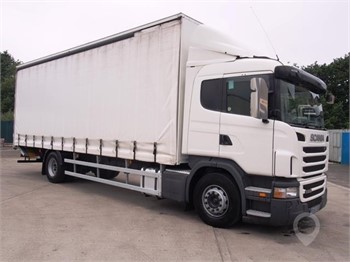 The Scania G Series is a mid-range truck that sits between the smaller P Series and range-topping R Series. It was launched in 2006 and is focused on the construction and medium-distance transport sectors, offering a good choice of three sleepers, a day and a short cab. Many Scania G Series trucks come with tipper bodies and the excellent Euro 5 DC13 engine with power ratings between 400hp and 480hp. These 13-litre engines have incredible torque characteristics, with up to 2,500Nm available between 1,000rpm and 1,300rpm.

This makes them capable of pulling the heaviest loads and is one reason they excel as tippers. Generally, you will find them with the eight-speed manual GR905 gearbox, although some have been upgraded to the 14-speed GRS905 automatic unit. This latter box also has a couple of crawler gears and an overdrive option. The OptiCruise option allows two-pedal operation and is an excellent labour saver, always choosing the right gear option. Just stick the dial in ‘D' and forget about it.

The G Series is certainly a step up from the P Series, both in terms of power and in accommodation. The cabs are larger, with more storage space, and are more suited to national distribution with overnight stops. They are available either as tractors or rigids and the range of available chassis, cab and engine combinations makes them exceptionally versatile. Inside those cabs you will find a semi-flat cab floor and a wraparound dash with well-laid-out controls. Visibility is superb, aided and abetted by an excellent mirror setup.

2011 saw Scania release a specialist G Series for off-road work. Scania designed these to withstand the toughest operating environments and this is immediately obvious from the rugged external features. You will notice a bigger steel bumper protruding 135mm from the cab to protect it from site damage. There is also a protective steel plate running underneath the cab to protect lower components from grounding damage. Other enhancements include the addition of a step on the bumper for easier windscreen cleaning and protective guards for the separately mounted headlights and indicators.

The Scania G Series is pretty much ideal for the job. It is a well-thought-out truck and features such as the increased chassis height, strength of frame and suspension system makes it ideal for the tough world of construction. As they were only launched in 2006, there is a limited number available on the second-hand market, but if you can find a used Scania G Series then it could make for a particularly sound investment.