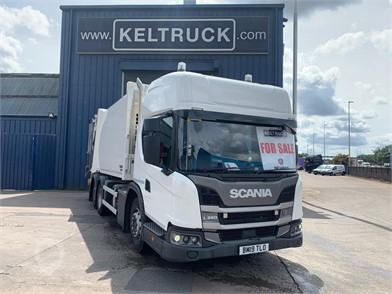 The Scania L Series of trucks, first introduced in December of 2017, stands apart from Scania’s P Series, G Series, R Series, and S Series lines, in part because they feature a low-entry cab. This makes them well-suited for work in urban environments as refuse trucks, box trucks for delivery, and more. A kneeling feature where the truck drops 100 millimetres when you apply the parking brake relieves the repetitive burden on the driver by offering easier entry and exit during multi-stop operations. This feature is standard on one-step models and is an option on two-step versions. 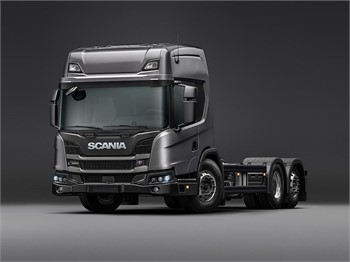 A 9-litre Euro 6 engine is standard on all L Series models, ranging from 280 horsepower to 360 horsepower, and from 1,350 newton-metres up to 1,700 newton-metres of torque. Depending on the model, these engines will run on gas, diesel, biodiesel, or hydrogenated vegetable oil (HVO).

The interior of the Scania L Series is designed with both comfort and safety in mind. Despite its shorter stature, the cab has an abundance of space, so much so that some models come with two extra seats in the middle for a total of one driver and three passengers. With or without the extra seats, there is plenty of room to move around and work within the cab thanks to its cab over engine design.

Scania also wanted to give drivers a better overall field of vision while operating in urban environments, so the seat is set lower in the cab to keep the driver at eye level with other vehicles on the road. Some models will come with an optional City Safe Window, which is located on the bottom of the passenger door and gives the driver a better view of pedestrians. Other optional safety features include a Corner Eye camera for filling in blind spots, a FAMOS Rearview Camera for reversing, and more.

As time progresses, you will find an increasing number of L Series trucks for sale on TruckLocator.co.uk. With the L Series, you have the opportunity to buy a reliable truck that’s purpose-built for working in the city.