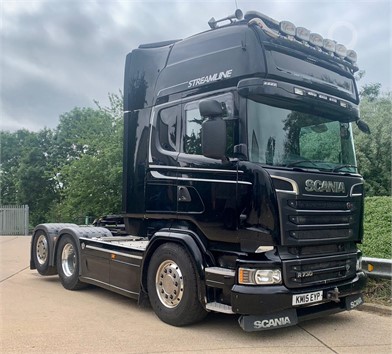 Before Volvo's mighty FH appeared, the award for the UK's most powerful truck used to lie elsewhere. Back in 2010 it was the Scania R730 which took those plaudits, but does it make a convincing used-truck package today?

Before Volvo's mighty FH appeared, the award for the UK's most powerful truck used to lie elsewhere. Back in 2010 it was the Scania R730 which took those plaudits, but does it make a convincing used-truck package today? 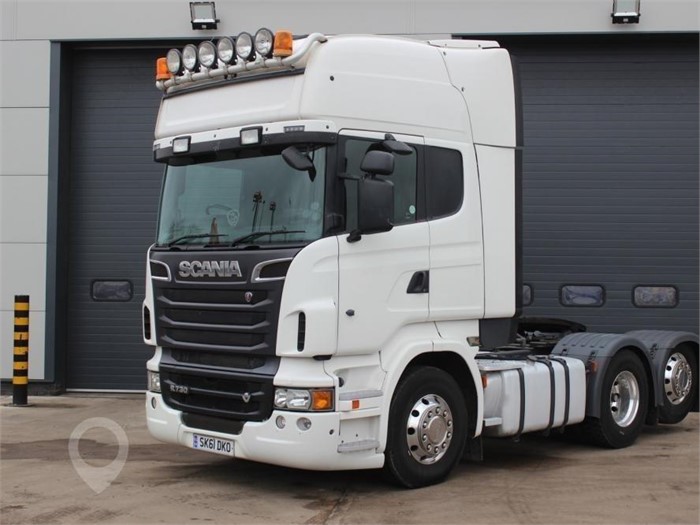 Even in 2010, fuel prices were already a problem and the recession was biting deep in the UK, but the Scania R730 was still surprisingly popular. The power output of the 16.35-litre engine might be well above the 10hp-per-tonne rule of thumb and that clearly hits economy but the Scania R730 has other advantages. Chief among these is its ability to shorten journey times. While this leviathan is obviously constrained by the same speed limits as less powerful trucks, it reaches them much more quickly and easily stays there. That can mean considerable time savings over longer and hilly routes. All that power means fewer gear changes too, which can make for a more relaxing journey. With such a lot of power on tap, the engine is barely straining itself and that could mean less wear and tear on high-mileage examples.

The big engine produces 720hp at 1,900rpm and delivers a huge 3,500Nm of torque between 1,000 and 1,350rpm. This is a revision of the same V8 unit that Scania has been using since its introduction way back in 1969 and that makes for seriously tried and tested technology. The latest version on the Scania R730 is turbo-charged and intercooled and uses selective catalytic reduction (SCR) to meet Euro 5 standards. Drivers familiar with the earlier examples of this venerable power plant might miss the growl of the old engines, but this has been replaced by a pleasingly quiet engine which greatly enhances the comfort on long journeys. The power is harnessed by a single dry plate clutch and transferred to the road via an Opticruise GRS0925 14-speed gearbox. This clutch was upgraded with wear protection and the gearbox was similarly beefed up to cope with all the extra power.

Cabs included Topline and Highline options, with many big operators plumping for the latter. The Topline cab offers a full 2,220mm of standing height and also 960mm between the bunks. The top bunk can be left in position without any effect on the driver's seat position, which can obviously be useful when double-manned on long routes. The bottom bunk can have its width increased when the seats are pulled forward when parked up. Trim levels included the top-of-the-range Griffin Plus spec, which offered leather seats and a good kitchen pack, including a fridge, microwave and coffee machine. The storage is excellent too and ample even for a double crew, with no fewer than 25 internal storage compartments and the usual two lockers behind the cab doors. This cab is bright, roomy and airy, offering excellent visibility. The quality of the fixtures and fittings is also first class — an important point when considering a second-hand truck with some serious mileage under its belt. Overall, the Scania R730 is a very serious piece of kit and could provide an excellent working environment for someone with arduous long jobs to complete.