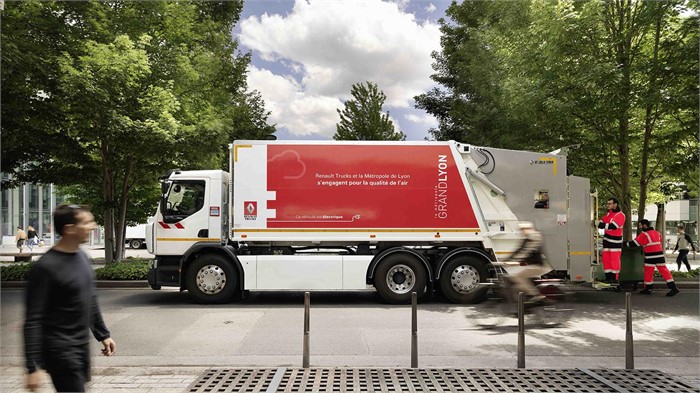 Renault Trucks recently provided a pre-production all-electric, zero-emission D Wide Z.E. refuse collection truck to Lyon Metropole in France. It is the first model in Renault’s second generation of electric trucks and will officially go into operation in the Meyzieu commune of Lyon beginning in June. The company’s goal in introducing electric trucks into the market is to minimise noise pollution, improve air quality, and reduce carbon dioxide emissions. This aligns well with Lyon Metropole’s plan to “diversify the energy of its fleet,” Renault says.

Renault points out that refuse collection is an excellent fit for electric vehicles, largely due to the stop-and-start nature of the task, which can result in between 300 and 800 stops per round of collections and results “in high fuel consumption and significant dust and particle emissions linked to the rapid wear of the braking system.” The company adds that “electric vehicles mainly use their engines to slow down,” which minimises brake usage and reduces emissions. The lower noise levels and reduced CO2 emissions of electric vehicles also come into play because refuse trucks typically operate in heavily populated urban areas. 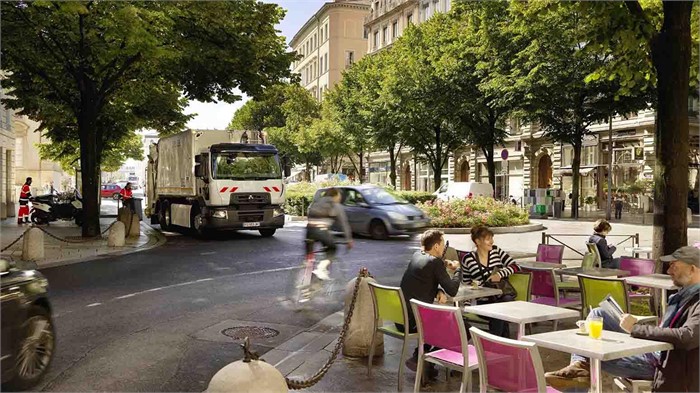 The 26-tonne, zero-emission Renault D Wide Z.E. will operate in the Meyzieu commune of Lyon from June 2019. (Photo courtesy of Renault.)

Renault Trucks developed the D Wide Z.E. with help from the French Environment & Energy Management Agency’s “Investing For The Future” programme. The 26-tonne truck also features bodywork from Faun Environnement as well as several conversions, including a hydraulic pump that runs the refuse collection system. Faun Environnement also reduced the mass of the truck to ensure it could properly support the weight of the batteries. An altered hydraulic circuit and soundproofing in the rear section of the truck result in noise levels that according to Renault are reduced 3 decibels.

You will find a large selection of used Renault trucks for sale at TruckLocator, including a number of Renault Range D models.