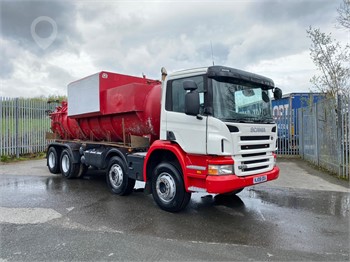 Two larger subcategories of municipal trucks are refuse trucks and sweepers, both of which have roots tied to horse-drawn equipment. Refuse trucks, also called waste collection vehicles, rubbish trucks, dumpsters, bin wagons, and dustbin lorries, advanced greatly in the 1920s when covered models debuted in Europe and later when the Garwood Load Packer introduced a compactor that reportedly doubled the capacity of typical refuse trucks. Current models include front, rear, and side loaders. Additionally, some operators are experimenting with electric models.