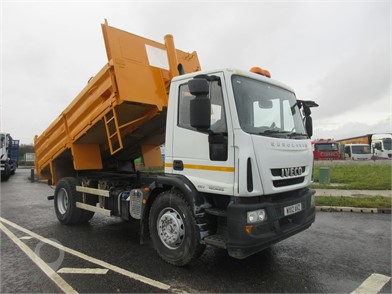 IVECO 75 E17 EX COUNCIL OWNED TIPPER WE HAVE A CHOICE OF TWO THIS PHOTOGRAPH REPRESENTS THE TIPPER IN WORKING CLOTHES, WE ALSO HAVE A CHOICE OF A PAINTED VERSION IN EXCELLENT CONDITION AND READY FOR WORK ABS Brakes, Adjustable Steering Wheel, Airbrakes, Bulkhead, Cabin Suspension Manual, CD P...

This truck is in excellent condition , it has a brand new flooring in the box , and a 1500kg long tail lift , cruise control electric windows and a brand new MOT Ready to work low mileage

2011. Iveco Eurocargo 120E25 EEV. Urban artic tractor units. Fixed 5th wheel. Very clean and tidy. Trailers are available if you want one as a complete turn out. Choice of 10 units. For any further info, please do not hesitate to call us on .

2013. Iveco Eurocargo. 150E18. Refuse truck. Fitted with a two compartment NTM body. Rear open back lift plus a front compartment side load lift. Very clean truck. Direct from local council. For any further info, please do not hesitate to call us on .

Owned by the CNH Industrial Group, Iveco Trucks has a wide range of commercial vehicles with payloads from 3. 5 tonnes to a whopping 44 tonnes.

Owned by the CNH Industrial Group, Iveco Trucks has a wide range of commercial vehicles with payloads from 3. 5 tonnes to a whopping 44 tonnes.

Owned by the CNH Industrial Group, Iveco Trucks has a wide range of commercial vehicles with gross vehicle weights from 3.5 tonnes to a whopping 44 tonnes. The Iveco Daily and range covers the smaller 3.5 to 7 tonnes markets, while the Eurocargo range covers 7.5 to 18 tonnes. The biggest vehicles are the Stralis Tractor and Iveco Trakker, the latter built for off-road work.

What makes Iveco stand out from the crowd is their commitment to green fuel. They offer gas, electric and hybrid-fuelled versions of their trucks. In the UK, Iveco even launched a fuel guarantee when the new ECOStralis tractor unit was launched, offering to beat the average fuel consuption of a fleet by at least 4%. If this doesn't happen, the operator got the difference in fuel price paid back to them.

In total, there are nine different Eurocargo vehicle weights, ranging from 6.5 tonnes to 18 tonnes, offering a choice of different power outputs from 160bhp to a massive 300bhp. Also, there are seven manual, three automated and three automatic gearboxes to choose from, as well as 12 different wheelbases and either day, sleeper or crew cab versions.

As for the Stralis range, the choice is a little more limited, with three engine sizes (8, 10 and 13 litres) and eight different power outputs of up to 560bhp available. There are five different cabs to choose from though - Active Day, Active Time, Active Time high-roof, Active Space and Active Space super.

One of the biggest names in trucking, there are plenty of used Iveco trucks for sale. The popularity of the Eurocargo range in particular means that there'll always be plenty of choice in terms of specialist trucks for sale at Iveco dealers. The model numbers often give away the specifications - the 75E18, for example, is a 7.5 tonner with an 180bhp engine.

All Iveco engines at the Euro 5 standard also met the extra EEV standard for emissions.

Which Iveco truck is right for me? 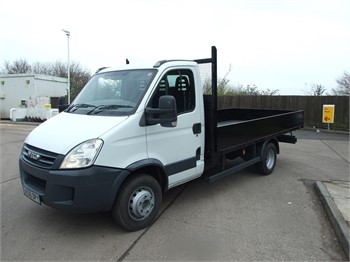 Although sold mainly as panel vans, Iveco Daily vehicles are available with payloads of up to seven tonnes GVW, putting them in the heavy commercial vehicle category. As proof of the range's versatility, Iveco Daily trucks are also available as chassis cabs used for refrigerator boxes and box body conversions.

The Daily range starts from a modest 3.3 tonnes GVW, ending at seven tonnes. The payload goes up to 4.3 tonnes and has a choice of up to nine different power outputs between 106 and 205bhp from a 2.3 to 3-litre engine. There's even a Combi version that seats five passengers as well as there being three different wheelbases and roof heights for the panel van version. 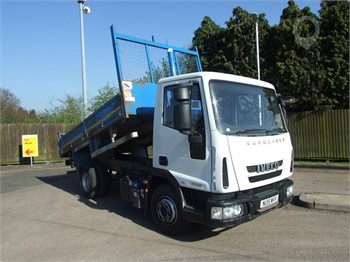 One of their signature truck ranges, Eurocargo vehicles go from seven tonnes GVW to a sturdy 18 tonnes. Known as Iveco Cargo or Iveco Ford Cargo by many older truckers, the union between Iveco and Ford ended in 2002, giving Iveco complete control over the vehicles' design. Eurocargo vehicles are easily identifiable by their names such as 75E18 (the number giving away tonnage and the E18 referring to the vehicle's power).

Choice is something you should come to expect in the Eurocargo range. There are multiple cabs, gearboxes, engines and weight variants to choose from. In total, there are a whopping 11,000 different variants of the Iveco Eurocargo, so picking one that's right for you won't be too much of a problem.

Discontinued around a decade ago, the Eurotech range has managed to stand the test of time. The chassis cabs can be used for fridge boxes, tractors, recovery and anything else you can put your mind to. They are rare to find, but can last for a good while yet. 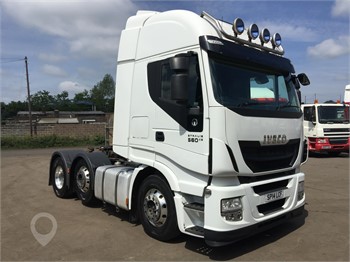 When it comes to the cab layouts, there are five different options, all of which offer plenty of space and comfort for those long-haul journeys. 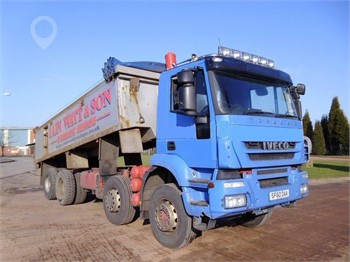 This range of off-road trucks and tractors are ultra-heavy-duty, making them perfect for the most difficult jobs a trucker has to do. They're used mainly as bulk Iveco tippers, but they're also available as rigid or tractor units. Rigids are available in GVW at up to 41 tonnes, while the heavy haulage Trakker can cope with up to 150 tonnes GTW.