Volvo Trucks has announced the launch of a dual-clutch version of its renowned I-Shift system. This will be the first time a dual-clutch automatic transmission has been available for heavy goods vehicles. The system delivers real benefits to drivers by maintaining torque using power shift gear changes. This makes sure that power delivery is maintained during gear changes without any interruption, and hence the truck does not suffer any speed loss at all when changing gear. From a driver's point of view, the dual-clutch system delivers smoother and more comfortable driving, making the most efficient progress possible on all routes. 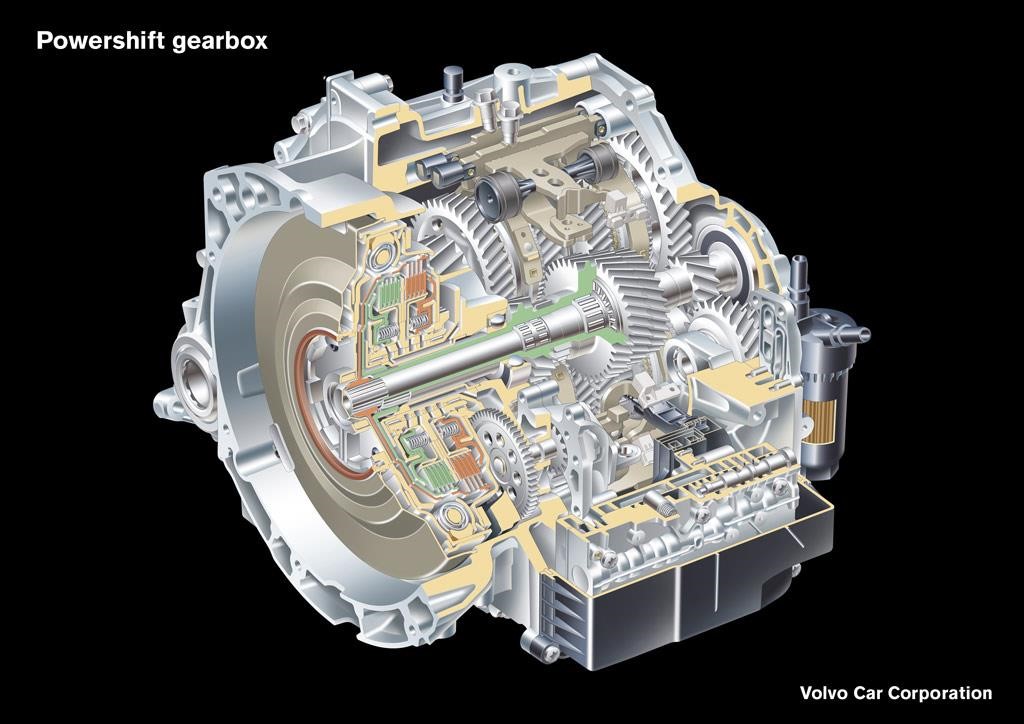 The President of Volvo Trucks, Claes Nilsson, hailed the new dual-clutch system, pointing out how useful it was on winding or hilly routes that require a lot of gear changes. In such situations it can ensure that the truck's momentum is maintained, meaning less work for the driver and better fuel consumption. He claimed that the new system represented a completely 'new dimension' in truck driving and said that the company was 'immensely proud' to bring this innovation to the market.

The dual-clutch I-Shift system is a transmission system which has two input shafts and a dual clutch. This means that the transmission can select two gears instead of one at the same time. The clutch then determines which of these gears is the active one. The new dual-clutch system is based on Volvo's standard I-Shift system, but the front section of that transmission unit has been entirely redesigned and features completely new components.

The driveline product manager at Volvo Trucks, Astrid Drewsen, explained how the system works. She said that driving a truck with the I-Shift dual clutch fitted is much like driving a truck that has access to two different gearboxes. The first gearbox selects the current cog to be used, while the second gearbox has already selected the next gear. In the dual-clutch system, therefore, the truck's gear changes can take place instantly, without any power delivery interruption. This maintains engine torque and the comfort of the driver is also significantly enhanced by a much smoother driving experience.

Such dual-clutch systems are already in use in some high-performance cars, but Volvo is the first truck manufacturer anywhere in the world to provide the same system for a production commercial vehicle. The system will initially be offered on Volvo's FH range from autumn this year. Ms Drewsen added that the new gearbox will make a huge difference to the drivability of the company's trucks. She said that the heavier the truck and more challenging the conditions, the more the dual-clutch system will benefit drivers. The constant delivery of power during gear changes means that it is much easier for drivers to keep up with traffic. This will lead to more relaxed, and hence safer, driving.

The system is specifically designed for use in long-haul situations where roads have lots of undulations and bends. It is also ideal for use in town, where there are lots of traffic lights and roundabouts. The system will also be welcomed by operators of tankers and livestock hauliers, for whom the smooth gear changes will mean far less movement in the load. There is also a much reduced risk of trucks getting stuck on uneven or slippery roads, such as in timber operations on forest roads.
Category: Truck and Trailer News
Tags : volvo trucks
Tags
volvo trucks
Blog Archive
MAN Truck & Bus At Work On The ANITA Project’s Self-Driving Vehicles For Hub-To-Hub Logistics Routes
After the development and implementation phase, the software and an autonomous MAN truck—with a safety driver on board—will begin testing in real-world operations in Ulm. ...
Read More
Scania Partnering To Test Feasibility Of Long-Haul Electrified Trucks Powered By Overhead Wires
The electric road system is seen as one of the most technically viable and economically attractive options for the electrification of heavy-duty trucks because it uses known and available technologies in new ways. ...
Read More
Waste Management Specialist Receives Two High-Spec Mercedes-Benz Trucks
Select Environmental Services has purchased trucks from other manufacturers in the past, but chose dealer City West Commercials because they “tick every box” on every order, the firm says. ...
Read More
Isuzu 3.5-Tonne Grafter Wins 9th Consecutive Best Builders’ Truck Award
Trade Van Driver’s annual awards are judged by the magazine’s expert panel of journalists and readers who use light commercial vehicles. ...
Read More
Low Cab Entry Drives Highway Maintenance Specialist’s Acquisition Of Volvo FE Tippers
Ringway of West Sussex has added three 26-tonne Volvo FE 6x2 rigid tipper trucks to its UK-wide fleet. ...
Read More
IVECO Launches Projects To Promote The Benefits Of Natural Gas & Its Key Role In Decarbonizing Transport
?The “IVECO Ambassador” programme aims to raise awareness of the brand’s values on different themes. ...
Read More
IVECO’s Brescia, Italy, Production Plant Manufactures 600,000th Eurocargo
The milestone-setting Eurocargo is powered by compressed natural gas (CNG), which Plant Director Marco Colonna says reaffirms IVECO’s commitment to sustainable transportation. ...
Read More
PRM Green Technologies Sticks With Mercedes-Benz Actros For Equipment Recycling Transport
The firm has acquired a second Mercedes-Benz Actros 2540 LnR, this one a member of the fifth-generation Actros range introduced to the UK in 2019. ...
Read More
Brunel Of Cornwall Purchases Rare Mercedes-Benz Actros Edition 1 Tractor & Arocs Tipper
“We’re very proud to be running a fabulous Actros Edition 1 as our first tractor unit,” says Brunel Managing Director Brian Venables. ...
Read More
Volta Trucks Partners With CPC Group On Composite Exterior Body Panels For Volta Zero Electric Truck
The companies plan to start full-scale production on customer-specified vehicles by 2022’s end, leveraging composite materials in the body and trim. ...
Read More