Renault Promotes Range C Truck, Which Is Safer for Cyclists

Safety is a key issue for the transport industry not only in terms of the protection which is offered to drivers of individual vehicles, but also the way that trucks, cars and bikes interact with one another while out on the road.

Safety campaigners have been calling on truck manufacturers to make their products better suited to use on roads which are also shared with cyclists. And now Renault Trucks has showcased a new Range C model at an event dedicated to demonstrating the advantages of modern vehicles in this area, according to Transport Engineer. 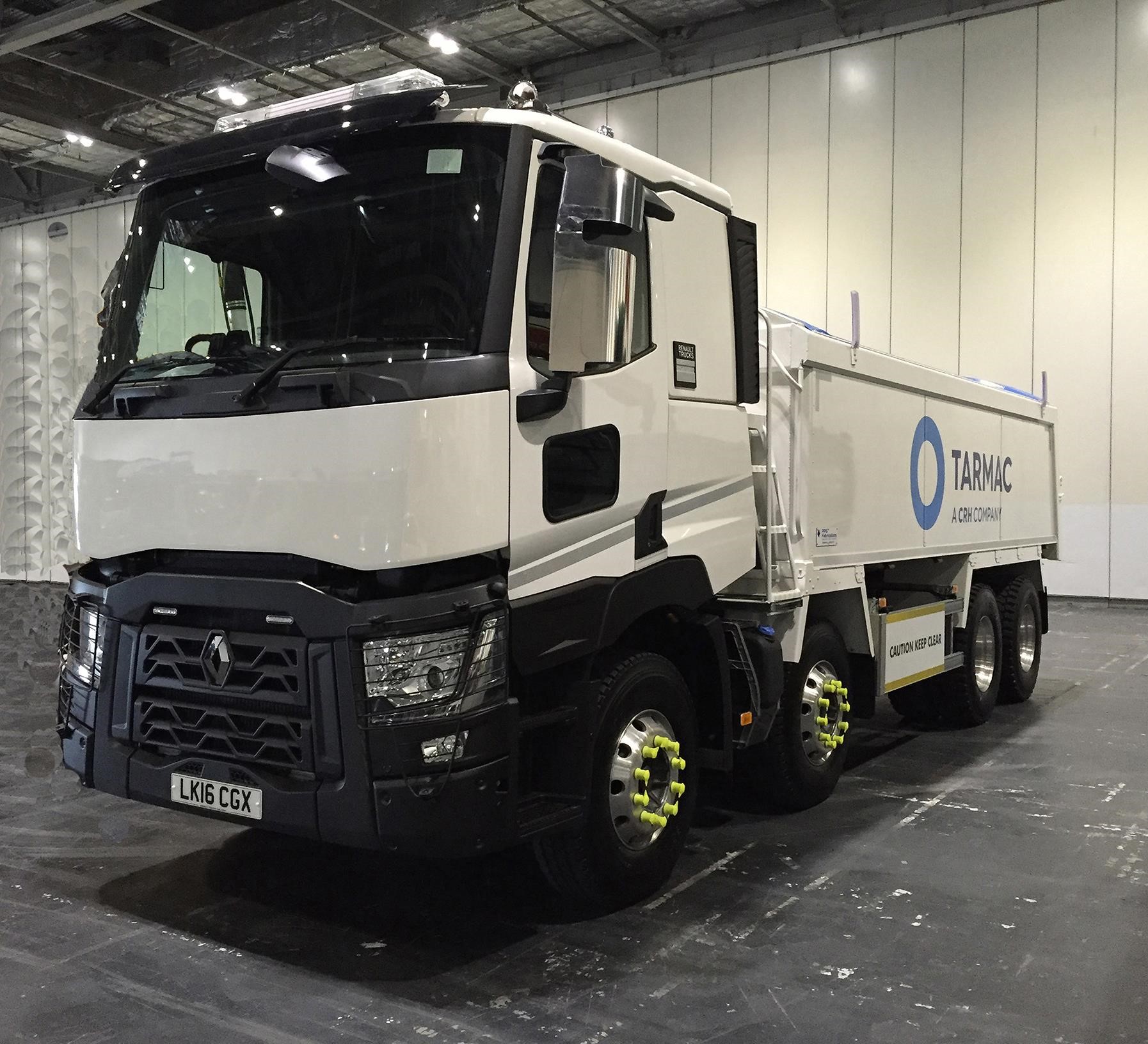 Renault Trucks showcased the enhanced safety features of its construction range at the fifth Construction Logistics and Cyclist Safety event at ExCeL London, with a 32-tonne Range C460 8x4 on display
The Renault Trucks C460 made an appearance last week at CLOCS, an event which brings technology from the construction logistics market to the campaign to enhance cyclist safety. And the manufacturer was keen to highlight the systems and features which have been put in place to prevent accidents in the future.

The nearside door of the truck comes with a larger glass panel located low enough to allow the driver to see out at a height that will make cyclists more visible rather than putting them in a potentially dangerous blind spot. And this relatively simple solution is just the start of what is on offer with this model.

It also has a full monitoring system which combines cameras and sensors to help detect cyclists automatically without the involvement of the driver. Furthermore, the exterior features a host of warning signs which will alert cyclists to the issues they might encounter if pulling up alongside the truck at an inopportune moment, along with speakers which will give an audio alert when a left turn is about to be made.

Guards on either side of the truck mean that even if a collision does occur, the cyclist will not end up falling beneath the wheels of the vehicle.

Downlighting on the exterior can provide cyclists with an indication of the areas around the truck which they should keep away from while it is travelling at speeds of 15 miles per hour or less. And Renault's designers also point out that this will be a helpful warning for pedestrians as well, especially while the C460 is manoeuvring.

The truck itself has an 8x4 axle configuration and a tipper body, making it suitable for use in the construction industry, where it will need to provide solid performance both on the tarmac as well as a range of other surface types.

Renault spokesperson Nigel Butler explained that CLOCS was an event at which the motor industry could showcase the active approach that is being taken to safety, enabling trucks, cars, cyclists and pedestrians to operate alongside one another without some of the concerns which have existed in the past.