Last year a concept truck introduced by Volvo was claimed to be able to cut fuel consumption by almost a third compared with diesel models thanks to its hybrid power train. This week the Swedish manufacturer announced that it has made further changes to the heavily adapted FH 420 to boost its eco-friendly credentials beyond earlier limits, according to Yahoo Finance.

Volvo Trucks' Chief Executive, Claes Nilsson, said that his firm was keen to stay at the cutting edge of sustainable transport technology, not only to boost fuel efficiency but also to reduce the carbon footprint of its vehicles. He said that a sea change was occurring in the market at the moment, making it essential for all trucks to be built with economy and emissions in mind.

Updates to the hybrid concept truck now mean that it can drive solely using electric motors for distances of 6.2 miles, making it capable of achieving zero-emissions status - if only for short periods. Volvo's engineers estimate that when it is used on public roads, this set-up will allow the accompanying diesel engine to be turned off for close to a third of each journey it makes.

Because of this, fuel use can fall by a further 10% in optimal conditions, although there are some limits to when and where the truck will take on full electric operation. For example, the combustion engine will still need to kick in when it is dealing with long uphill slogs, as this can quickly drain the onboard batteries.

Energy recovery systems mean that whenever the brakes are applied or the truck is coasting downhill, the electric power train is recharged and can come into effect when the ground levels out.

Furthermore, the concept truck features a tweaked iteration of I-See, the solution that Volvo has developed to combine topographical information with GPS capabilities to work out when it makes sense to switch between the two power modes for further efficiency improvements. 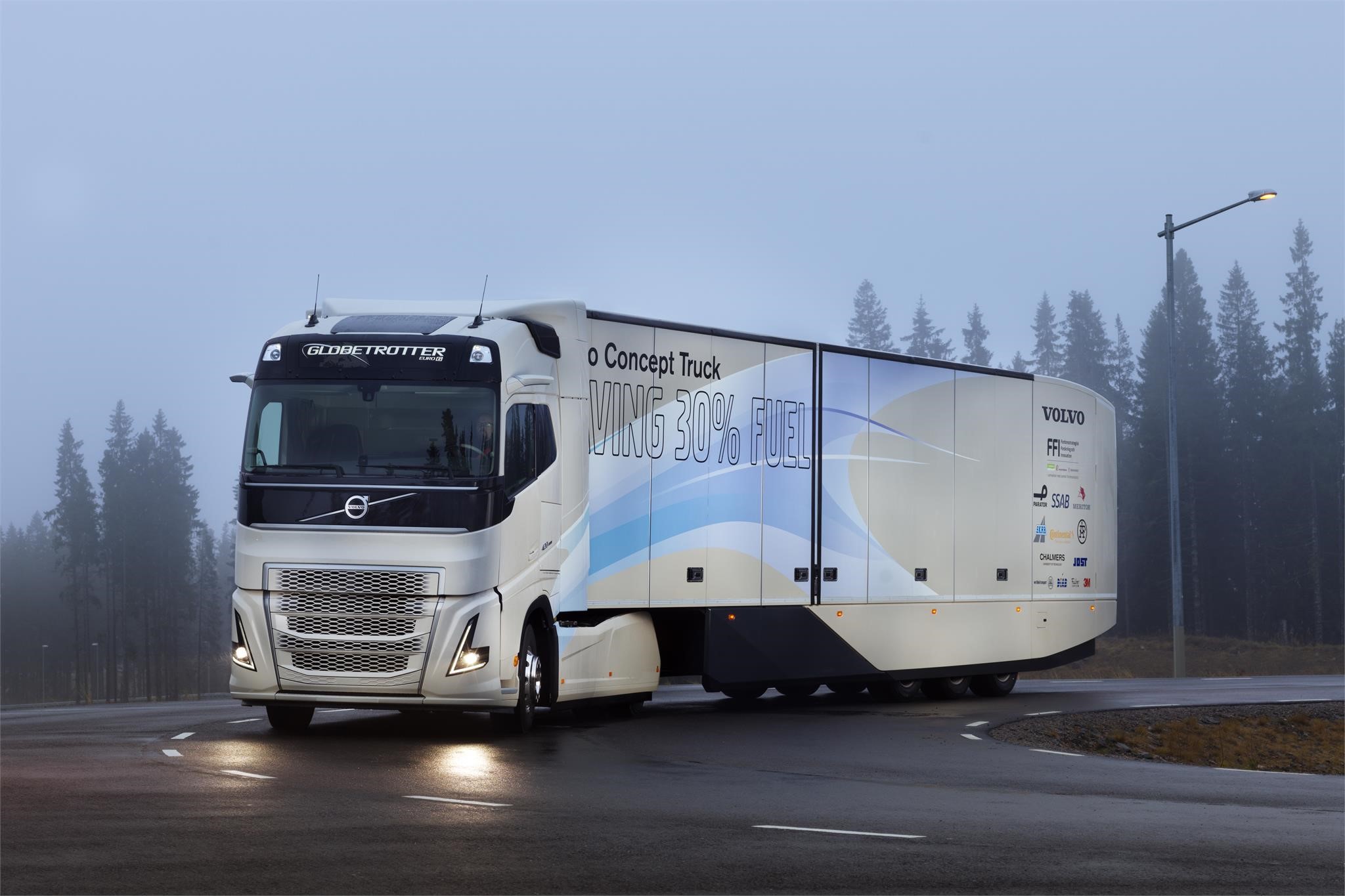 The diesel engine that partners with the electric power train on board this truck is a 12.9 litre unit which has not been altered from its standard form that is found in other Volvo Trucks models in any way. But there are other changes to the existing FH 420 design, most notably to its aerodynamics, which allow it to cut through the air without encountering nearly as much resistance as its mass-produced stable mates.

With a trailer that has shed over two tonnes in weight to lighten the load that the hybrid power train has to pull and tyres which are designed to minimise rolling resistance, this concept truck is arguably an excellent interpretation of what HGVs could soon offer in the next few years.