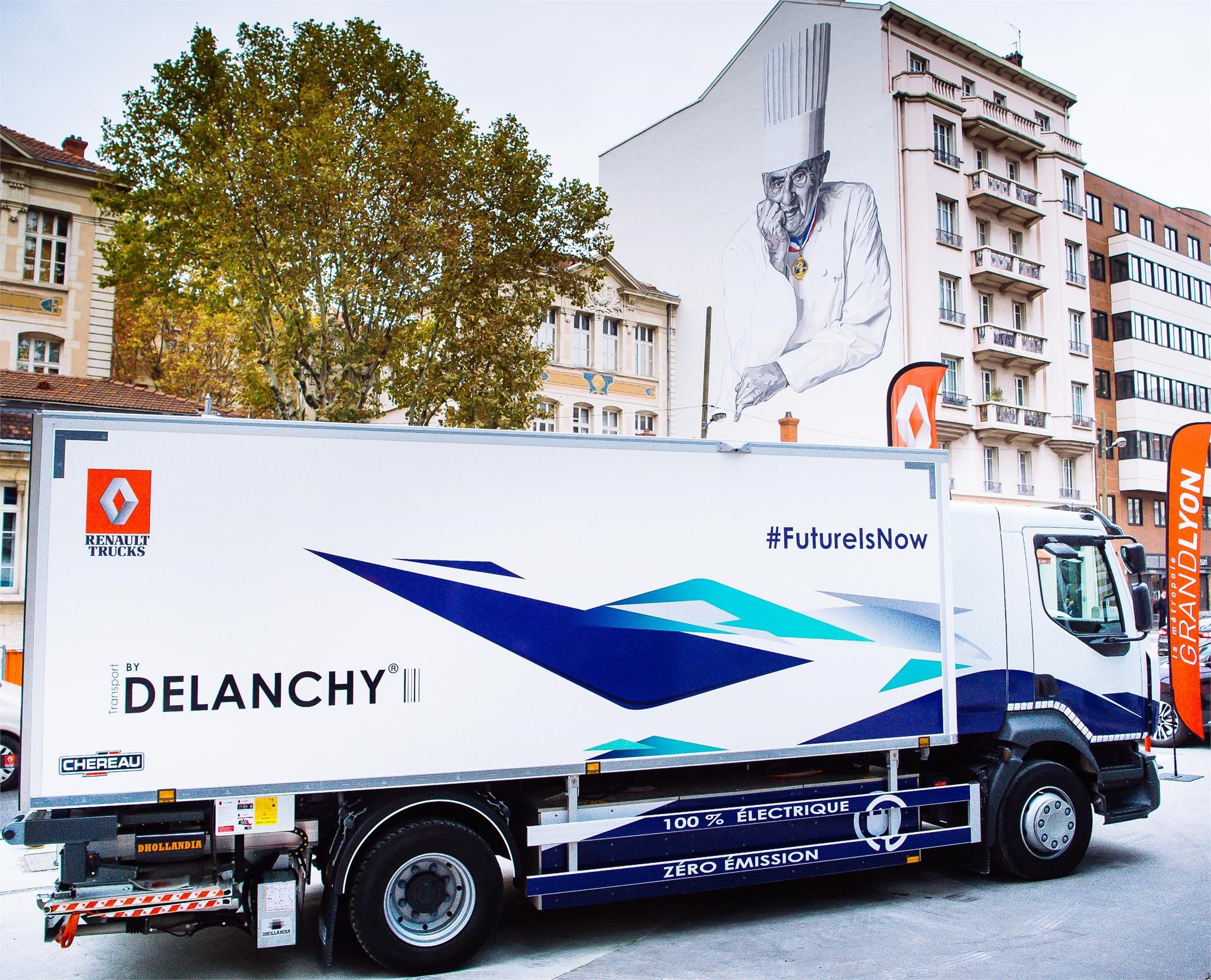 A zero-emissions HGV from Renault Trucks has made its debut this month, offering a refrigerated cargo area and excellent urban driving capabilities that will be put to the test during real-world trials over the course of 2018.

Created in conjunction with French logistics firm Groupe Delanchy, the truck is entirely powered by electricity, avoiding any kind of reliance on fossil fuels for day-to-day operations.

Some refrigerated trucks feature a separate engine which is used to power the cooling unit, but in this case the vehicle uses onboard batteries for both driving and temperature management. This has never been seen before on a model of this size and capacity, so it is breaking new ground and pointing to a greener future for the distribution and delivery of perishable products.

The city of Lyon will be used as a proving ground for this 13-tonne truck. If it proves to be an effective asset, it will likely be rolled out and made available more widely across Europe, which means that its eventual arrival in the UK is all but assured.

Project spokesperson Joseph Delanchy said that it was impressive to see the speed with which electric truck technology was evolving to meet demand in the marketplace, with zero-emissions models now becoming increasingly desirable for businesses looking to operate in towns and cities without contributing to air or noise pollution problems.

Because the electric power train and battery-powered cooling system are much quieter than a diesel-based alternative, the truck can be driven into residential areas outside of busy periods without creating annoyance amongst people living nearby.

The truck itself is based on the Range D, but it has had its Euro 6 compliant engine replaced with batteries and electric motors. Even the standard models are clean and efficient by modern standards as well as offering better range capabilities than an all-electric truck.

The cab of all distribution-focused trucks sold by Renault today is kitted out with plenty of comfort features, including heated seats with lots of degrees of adjustability, ample storage room for everything a driver might need and connectivity options to keep them entertained and productive on the road.

There is also the option to install Vision Doors on one or both sides of the cab, giving drivers extra visibility and getting rid of blind spots which might otherwise prove problematic when sharing crowded streets with other motorists and cyclists.

Like many other contemporary urban trucks, buyers can specify the inclusion of emergency braking systems to kick in if the driver does not react to hazards in time. Matched with a powerful and reliable brake set-up, the D Series is perfectly attuned to the challenges that cities can present.

Details about the range capabilities of this zero-emissions HGV have yet to be published, but they will presumably be made available once the trial has got under way to provide an idea of how real-world performance will play out in comparison with the manufacturer's expectations.
Category: Truck and Trailer News
Tags : electric power train groupe delanchy refrigerated trucks renault
Tags
electric power train groupe delanchy refrigerated trucks renault
Blog Archive
Glenfiddich & IVECO Partner To Decarbonise Transport Operations
The “Fuelled by Glenfiddich” initiative will use natural gas-powered Stralis trucks fuelled by waste products from the distillery. ...
Read More
Leyland Trucks’ Battery-Powered DAF LF Electric Trucks Participating In Government Trial
The project is part of the UK Government’s £20 million road freight trials for zero-emission vehicles in support of Department for Transport carbon reduction goals and delivered using the Small Business Research Initiative (SBRI). ...
Read More
Coventry Scaffolding Buys Its First Mercedes-Benz Truck, Quickly Orders A Second
The 70-year-old firm recently purchased a 26-tonne Arocs 2530L with MirrorCam technology to comply with London’s Direct Vision Scheme (DVS), as most of its work takes place in the city. ...
Read More
East Midlands’ JC Balls & Sons Specifies MirrorCam Feature In Its New Mercedes-Benz Arocs Truck
MirrorCam eliminates a truck’s side mirrors and replaces them with a system of cameras, which feed live video to 15-inch displays mounted in the cab on the two A-pillars. ...
Read More
Maritime Transport Wraps Up Acquisition Of 100 New Mercedes-Benz Actros Trucks
The firm’s recent order represents its first new trucks to bear the three-pointed star since 2017. ...
Read More
MAN Truck & Bus At Work On The ANITA Project’s Self-Driving Vehicles For Hub-To-Hub Logistics Routes
After the development and implementation phase, the software and an autonomous MAN truck—with a safety driver on board—will begin testing in real-world operations in Ulm. ...
Read More
Scania Partnering To Test Feasibility Of Long-Haul Electrified Trucks Powered By Overhead Wires
The electric road system is seen as one of the most technically viable and economically attractive options for the electrification of heavy-duty trucks because it uses known and available technologies in new ways. ...
Read More
Waste Management Specialist Receives Two High-Spec Mercedes-Benz Trucks
Select Environmental Services has purchased trucks from other manufacturers in the past, but chose dealer City West Commercials because they “tick every box” on every order, the firm says. ...
Read More
Isuzu 3.5-Tonne Grafter Wins 9th Consecutive Best Builders’ Truck Award
Trade Van Driver’s annual awards are judged by the magazine’s expert panel of journalists and readers who use light commercial vehicles. ...
Read More
Low Cab Entry Drives Highway Maintenance Specialist’s Acquisition Of Volvo FE Tippers
Ringway of West Sussex has added three 26-tonne Volvo FE 6x2 rigid tipper trucks to its UK-wide fleet. ...
Read More