Fuel Savings Of 12.8% Enable Urban Lab 2 To Meet Its Targets 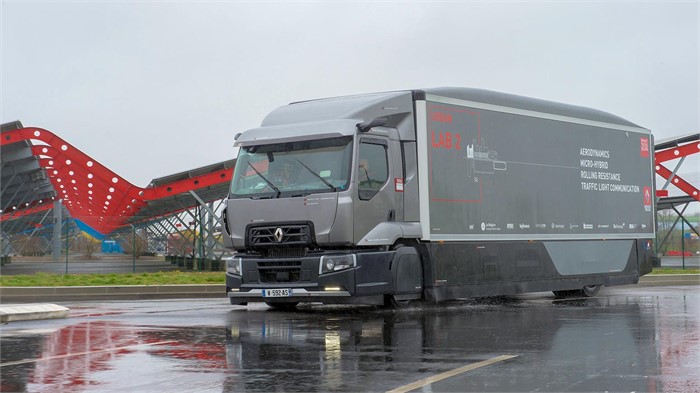 Renault Trucks worked together with six collaborators for eight months to create the Urban Lab 2. (Photo courtesy of Renault.)

Renault Trucks initially launched the Efficient Distribution Truck (EDIT) project back in 2016 in a collaboration with BeNomad, IFSTTAR (LICIT), INSA de Lyon (LamCoS), Lamberet, Michelin, and Valeo. The goal was to reduce fuel consumption by 13% while operating controlled-temperature, or refrigerated, trucks in urban and peri-urban areas. Renault recently announced that its Urban Lab 2, which was the result of eight months of development, achieved a 12.8% reduction in fuel consumption and CO2 emissions after seven months of testing. 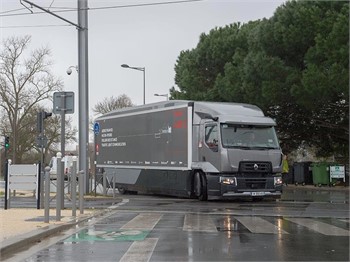 The goal of the project was to reduce fuel consumption by 13% and cut down on CO2 emissions, which it was able to achieve in seven months of testing. (Photo courtesy of Renault.)
In-Depth Testing

With help from its partners, Renault focused on improving the aerodynamics of the Urban Lab 2 in addition to working on the drivetrain, tyres, connected services, and other features. And while much of the 4,500 kilometres’ worth of test driving was done in more controlled environments, such as on a roll-bench, some of it was also done on public roads. The base of the Urban Lab 2 is a Renault Trucks D Wide outfitted with a Lamberet refrigerated body. With that vehicle and some fine-tuning, the company was able to reduce fuel consumption by 3.5 litres and CO2 emissions by nine kilograms per 100 kilometres.

While Renault offered up the base truck and technical know-how, and Lamberet provided the refrigerated body and help with improving aerodynamics, every company involved in the project brought their specific expertise along for the ride. Valeo offered micro-hybrid systems for testing that included Stop & Start technology for better managing power and energy recovery in traffic. BeNomad brought its on-board navigation system to the Urban Lab 2, which is capable of collecting data from traffic lights to decide whether to speed up or slow down. 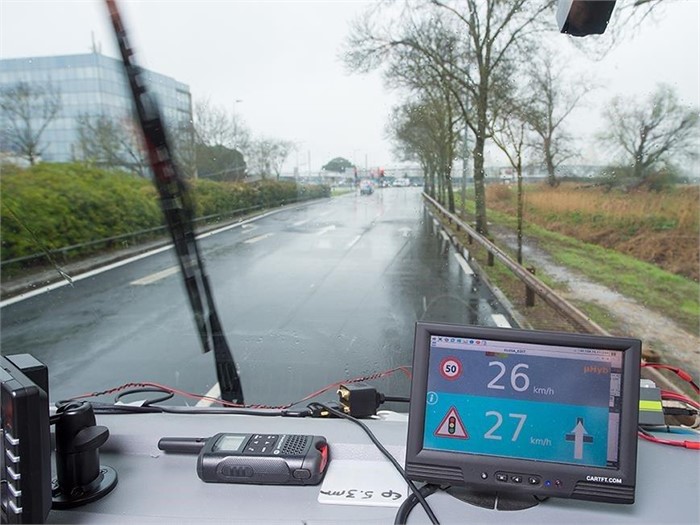 The Urban Lab 2 takes advantage of BeNomad’s on-board navigation system to communicate with traffic lights and tell the driver whether to brake or accelerate on the approach. (Photo courtesy of Renault.)

The tyres were the last pieces of the puzzle, and Michelin provided those. The prototype tyres are designed to minimize the rolling distance to improve overall performance and safety. They were tested specifically in regional and motorway environments during the testing phase. All of these separate components played a part in improving fuel efficiency and reducing emissions, and it may not be long before you some of these technologies show up in production vehicles.