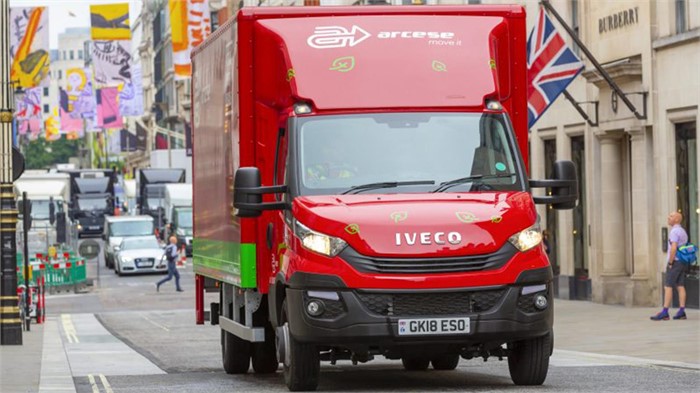 They Don’t Get Much Cleaner Than This

Arcese already operates a handful of gas-powered IVECO trucks in Europe, but the new 6.5-tonne Daily Natural Power is a significant step forward. According to Michele Nascetti, country manager at Arcese UK, the new truck exceeds the environmental limits set forth by the 2020 regulations, which means that there will be no interruption in the company’s ability to serve customers no matter where they are. In fact, Nascetti sees a bright future in store for the IVECO truck, saying, “We’re confident this addition to our UK fleet will play a key role for the next decade.”

As Arcese continues to add to its fleet, the company acknowledges the disadvantages of diesel-powered trucks when it comes to the environment and air quality. As a result, the company continues to look into alternative fuel-powered vehicles, such as the IVECO Daily Natural Power.

This revolutionary truck is built around a 3-litre natural gas spark ignition engine that can keep up with the diesel-powered equivalent with regard to power, torque, and response. It delivers 136 horsepower (101.4 kilowatts), but remains 50 percent quieter than diesel, so Arcese can make deliveries around the clock. When fueled by bio-methane, the truck generates 12 percent fewer NOx emissions, 76 percent less particulate matter, and up to 95 percent less CO2 emissions, without requiring AdBlue, a particulate filter, exhaust gas recirculation, or any after-treatment system whatsoever. But it’s also economical, costing 20 percent less than diesel to fuel up.