The Volvo FL Electric has been announced in the past week, marking the arrival of the Swedish firm’s first zero-emissions truck aimed at business buyers with real-world operations to tackle.

Trials of the FL Electric are already taking place, with the final edition set to hit the market in 2019 after any of the kinks that might hamper its success have been removed.

Company spokesperson Claes Nilsson said that this truck was intended to help cities across Europe meet their emissions goals and make sure that the sustainability of transport within them was assured in the future.

A reduction in pollution compared with standard diesel trucks designed for distribution in urban environments is obviously the main advantage of this all-electric alternative. But Volvo is also keen to point out that it will also make less noise while out and about, which is good for city dwellers who are tired of being woken up by loud HGVs late at night or early in the morning.

Nilsson even claims that with its quiet electric power train, the zero-emissions FL could make it possible for trucks to explicitly be chosen to distribute goods after dark. This would ease the strain on the roads during rush hour when commuters are trying to get to work and still sit well with residents who do not want their rest to be disturbed.

Although a lot of attention has been gained by electric truck producers like Tesla and Nikola in recent months, Volvo is quick to point out that it has been manufacturing eco-friendly versions of its buses for the past eight years. So it is hardly a newcomer to the technology and is thus in a good position to ensure that the adapted FL is competitive. 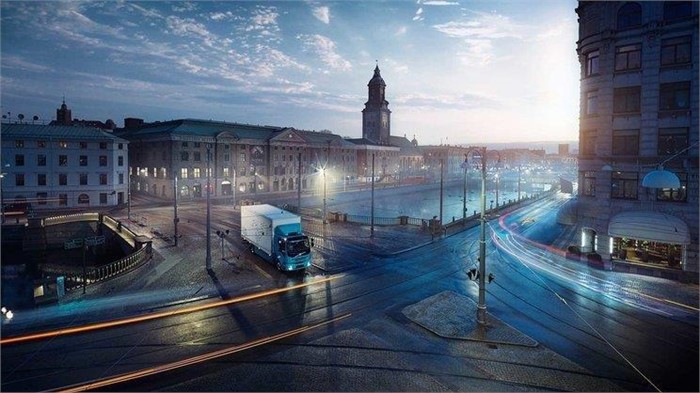 The company is also working to make sure that the efforts to bring electric trucks, cars and vans to the cities of the world are coordinated across all manufacturers in the auto industry at the moment. It sees this collaboration as important to the success of this emerging market, meaning that there is a need for cooperation as well as competition.

One aspect of this relates to addressing the way that the batteries which power electric trucks like the new Volvo FL are sourced. The company is aware that not all of the current mining practices are sustainable, and so it wants to create a concerted movement towards a more environmentally friendly supply chain for the entire EV industry going forwards.

Volvo describes this holistic approach as something which it has been working towards for a long time, involving a variety of different projects which are individually important to the central end goal.

The FL Electric’s full specifications have not yet been confirmed, but all will be revealed once testing is complete and it is finalised before its release next year. It is likely to join other Volvo trucks, including the FM and FH, in being a popular option on the market in the UK.