DAF Will Celebrate Past, Look Toward Future At IAA 2018 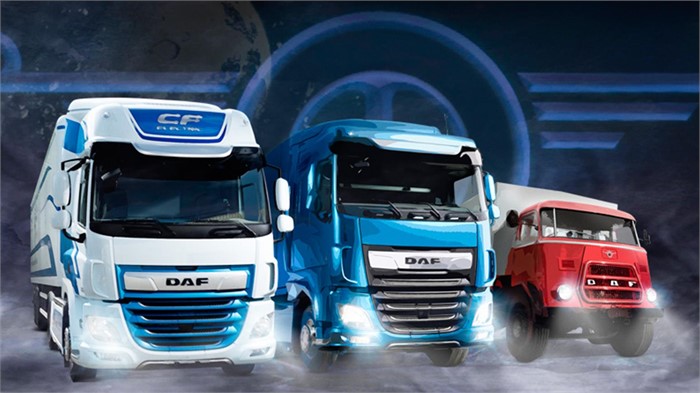 DAF will be showing off trucks from its past, present, and future at IAA 2018 in Hanover. (Image courtesy of DAF.)

DAF Trucks will celebrate its 90th anniversary this year while giving attendees a glimpse of its future at IAA 2018 in Hanover, Germany, from September 20 to 27. Trucks on display will range from a 1967 DAF A1600 all the way up to the DAF CF Electric Innovation truck; the company will also highlight the newest models in its CF, LF, and XF lineups. There will be a 90th Anniversary Edition of the DAF XF, which sports a 530-horsepower PACCAR MX-13 engine and illustrates how the company has continued to innovate for nearly a decade.

“DAF has always provided and always will provide a complete range of excellent trucks that offer the industry’s lowest operating costs, best transport efficiency, and highest driver comfort,” said Richard Zink, director of marketing and sales and a member of the board of management of DAF Trucks. “We are building on a rich, 90-year heritage that has resulted in our market-leading position. Our strong capabilities will enable us to create trucks and power trains which lead us into the future.”

DAF is also celebrating the success of some of its most popular models, including the LF being named the “Fleet Truck of the Year 2018” in the UK and the DAF CF and XF winning the “International Truck of the Year 2018” award in their respective categories for improving fuel efficiency by 7 percent, among other achievements. The company will have a few models on display from these lines, including an 8x4 CF mixer chassis and a 6x2 XF configuration featuring a BDF frame that allows for demountable bodies.

The DAF CF Electric 4x2 tractor will be making an appearance as well. Built for making deliveries and performing general distribution tasks in urban environments, this truck features a 210-kilowatt motor powered by a 170 kw/h lithium-ion battery. It has a range of 100 kilometres and has options for a fast charge that takes 30 minutes or a full charge that takes around one and a half hours.