MAN Reveals Its Lineup For bauma 2019 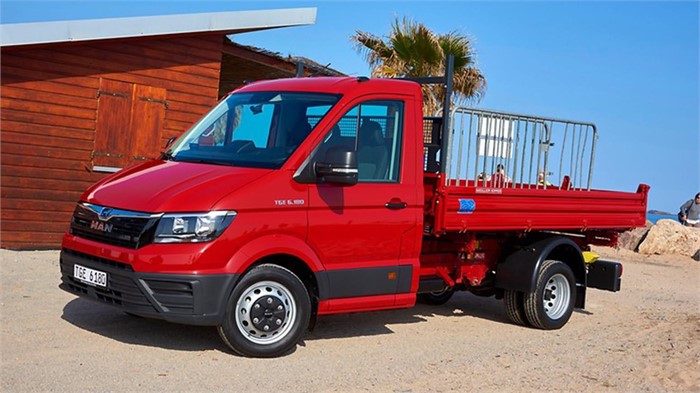 The MAN TGE will make its bauma debut at this year’s event. The versatile vehicle can be configured as a box van, combi van, or chassis with a single cab or crew cab. (Photo courtesy of MAN.)

MAN recently announced the various vehicles and technologies it will showcase at bauma 2019, which runs from 8 to 14 April in Munich, Germany. The company will have 11 total trucks and vans on display, including TGE, TGL, TGM, TGS, and TGX models configured as tippers, mixer trucks, mobile crane tippers, large mobile cranes, tipping semi-trailer tractors, heavy transport support vehicles, and concrete pumps. All models without Euro 6 engines will also receive a number of interior upgrades and options, including new colour schemes, four-inch HD colour in-cab displays, a relocated TipMatic rotary switch, and much more.

A major standout in the group is the MAN TGE series of vehicles, which will make their bauma debut this year. Models in the lineup have gross train weights of between 3 and 5.5 tonnes and power ratings of between 102 and 177 horsepower. They also have options for three roof heights, three overhangs, two wheelbase specs, and three drive styles, including all-wheel drive, rear-wheel drive, and front-wheel drive.

MAN will also debut its 9-litre Euro 6 D15 engine at the show. The new engine option weighs 230 kilograms less than its predecessor, the D20, and has three power rating options of 330, 360, and 400 horsepower. Throughout 2019, MAN will also introduce Euro 6 updates for existing engines, including the D08, D26, and D38. The D26 has new power ratings of 430, 470, and 510 horsepower; the D38 has an extended oil change interval of 140,000 kilometres; and all four new or updated engines can run on hydrogenated vegetable oil (HVO) and other paraffin fuels “without the need for retrospective conversions,” MAN says. 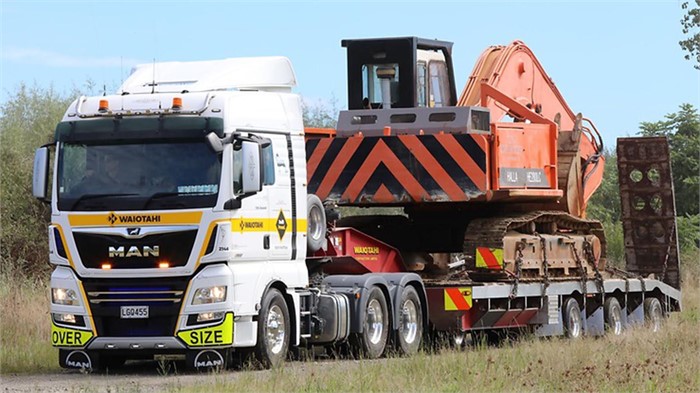 A number of MAN TGX models will also be on display at the show. The TGX is available with D26 and D38 engines as well as the new D15 engine. (Photo courtesy of MAN.)

On the drive assistance and safety front, MAN is adding a Stop & Go feature to its adaptive cruise control system. While the feature was already available for two-axle, on-road tractors, it will expand out to a number of models with TipMatic12 transmissions. Operators can engage Stop & Go while the truck is in the 0 to 25 kilometres per hour range where it can keep a safe distance from the vehicle in front, automatically engage the brakes as necessary, and start again if stopped for two seconds or less.

Other features include ComfortSteering, which matches steering force to the speed of the vehicle, and Lane Return Assist, which pulls the truck back into the lane if the driver doesn’t engage the indicator. MAN will also highlight its VAS Video Manoeuvring System that uses a combination of a camera and sensors to uncover blind spots and provide audio and visual cues when obstructions are present.

You’ll find a large selection of used MAN trucks for sale every day on TruckLocator.