Thousands Of Drivers Worldwide To Compete In Renault's Optifuel Challenge 2019 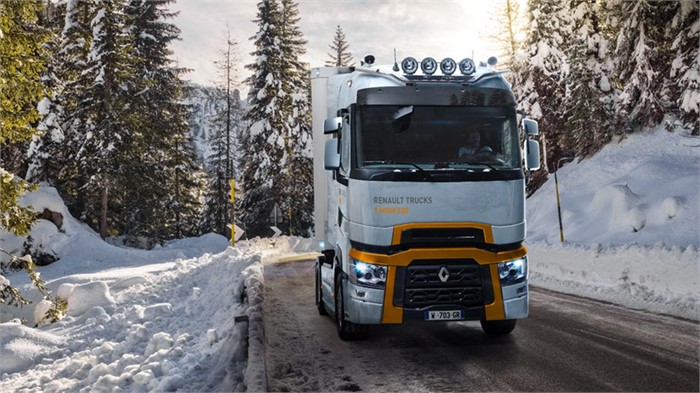 Renault Trucks recently launched the 2019 iteration of the Optifuel Challenge, where drivers from around the world will compete to win a 2019 Renault T High truck. (Photo courtesy of Renault.)

Renault just launched Optifuel Challenge 2019, which is the fifth iteration of the event the company first introduced in 2012. The last challenge saw 3,000 drivers representing 2,300 companies and 29 countries compete to be named the best eco driver of the year. Leading up to this year’s event launch, Renault shared a series of tips on social media that included best practices like learning as much about your vehicle as possible during the handover, saving fuel by taking advantage of Optifuel and Optifleet, and properly maintaining the vehicle. The driver that heeds that advice and wins the challenge will come away with a 2019 Renault T High truck.

How To Get Involved

If you drive a Renault T or T High truck, all you have to do is take a series of qualifying tests using Ecoscore, which is built into the Optifleet fleet management platform. These tests determine how well a driver anticipates needing to brake, how efficiently the truck is operated, and for how long the engine is kept idling. The top driver from each participating country will compete in the international final, which will be held in October 2019 and crown the winner. For more information, visit Renault’s Optifuel Challenge page or watch a video about the event on YouTube, posted earlier this year.

Renault’s Optifuel solution consists of several modules designed to monitor fuel consumption and drive behavior to ensure that trucks are operating as efficiently as possible. This includes Optifuel Handover, which helps drivers get a feel for their vehicles before going into full operation; Optifuel Training, which gives drivers best practices to follow to preserve the condition of the truck; and Optifuel Infomax, which is software that monitors fuel consumption and driver behavior.

You will find a large selection of used Renault trucks for sale on TruckLocator, including a number of Range T models.