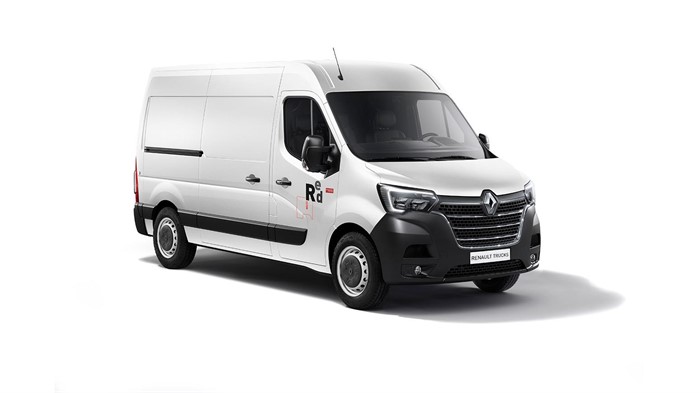 The exterior of the Master Red EDITION features a chrome grille and LED lighting. (Photo courtesy of Renault.)

Renault Trucks recently announced that its entire lineup of Master diesel and electric vehicles, including cab and chassis, platform cab, and panel van models, are now available in a Master Red EDITION. This specification brings several new engine options, exterior and interior upgrades, and a range of driver assistance technologies.

The Master Red EDITION comes standard with a Euro 6d-temp engine that produces 150 horsepower and 385 newton metres of torque, but there are also options for Euro 6d-temp and Euro VI engines ranging from 130 to 180 horsepower with up to 400 newton metres of torque. The engines are coupled with a 57-kilowatt electric engine and feature Twin-Turbo technology, which Renault says “combines low-end torque with high-power for optimal driving.” 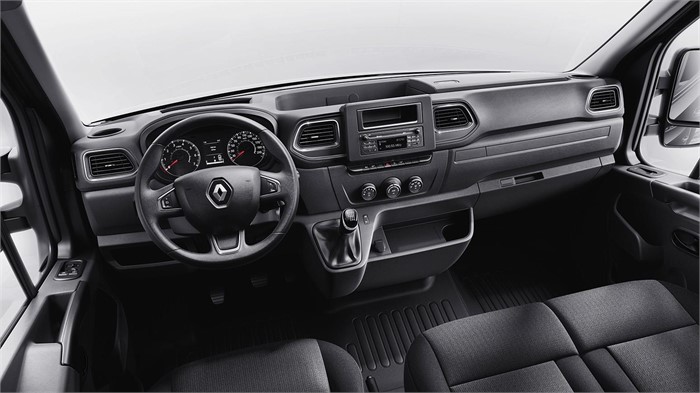 The redesigned interior of the Master Red EDITION features several black and chrome accents as well as a new dashboard, steering wheel, and pullout tray. (Photo courtesy of Renault.)

The exterior of the Master Red EDITION features a chrome grille that complements the vehicle’s LED lighting. The interior features a redesigned steering wheel and dashboard, a pullout tray, ergonomic storage spaces, carbon fabric seat covers, a black and chrome gear knob, air conditioning vents and buttons with chrome inserts, and a radio with USB and Bluetooth. Renault also made several operator comfort features standard on the Red EDITION, including the air conditioning, automatic headlights and wipers, and a speed regulator and limiter. 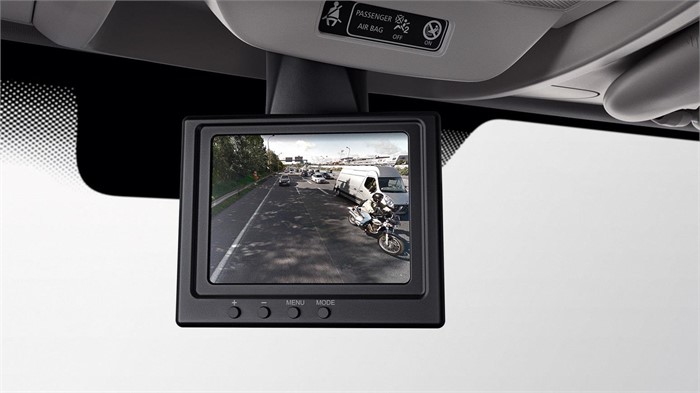 Renault’s permanent rear vision system lets the driver view a camera feed on a screen inside the cab for better visibility. (Photo courtesy of Renault.)

Renault also introduced a host of new driver assistance and safety features, which are now available for the Master vehicle range. This includes AEBS active braking, front and rear parking assistance, a blind spot warning device, side wind assist, and a permanent rear vision system where you can view the feed of a rear-facing camera on a screen inside the cab for improved visibility. There are also additional locks on the rear and side doors for extra security and a seven-inch multi-touch screen that allows drivers to use their phones safely while on the road.

There’s a large selection of used Renault trucks and vans for sale on TruckLocator, including a number of Master van models.