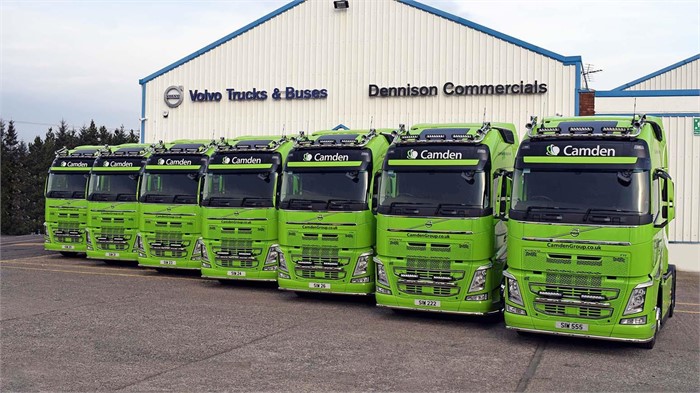 Camden Group, a window and door manufacturer based in Northern Ireland, recently purchased seven new Volvo FH 4x2 tractor units to help serve its customers throughout Ireland and the United Kingdom. Each of the FH models features a Volvo D13K Euro 6 engine that produces 500 horsepower and 2,500 newton metres of torque.

A major selling point for Camden Group is the support it receives from its Volvo dealership, Dennison Commercials Ltd. “Dennisons represent the Volvo brand very well in Northern Ireland,” says Camden Group Operations Manager Seamus Lavery. “The Volvo truck benefits from exceptional driver appeal, in terms of reliability, comfort, and safety. Dennisons are a personable and responsive organisation. Their aftermarket provision stands out against others we have tried, and at all levels their team are flexible and accessible.”

If you are in the market for an FH or other similar model, you will find a large selection of used Volvo trucks for sale every day on TruckLocator.