This Year Marks The 60th Anniversary Of The Seatbelt, Invented By A Volvo Safety Engineer In 1959 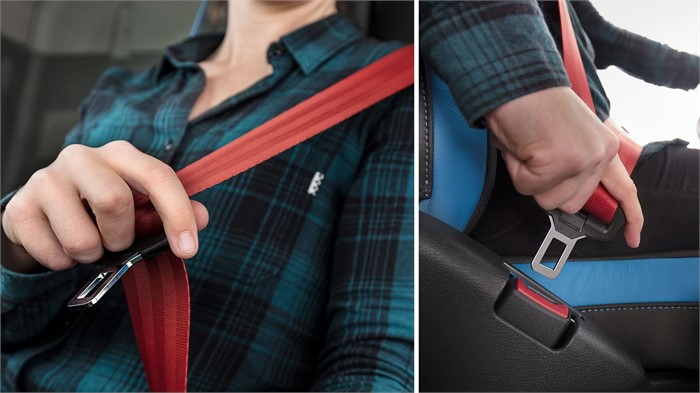 Volvo is celebrating the 60th anniversary of the seatbelt by stressing the important role they play in saving lives, especially in the event of a truck rollover. (Photo courtesy of Volvo.)

Volvo is celebrating the 60th anniversary of the seatbelt this year, which was introduced as the three-point safety belt in 1958 and was invented by Nils Bohlin, who was serving as a safety engineer at Volvo at the time. The Volvo PV 544 was the first vehicle to come with a seatbelt in 1959, but only four years later, every Volvo car came standard with a front seatbelts. By 1990, all of the company’s truck models in the UK and Ireland also came with seatbelts as standard, and by 2001, it was required “that all goods vehicles over 3.5 tonnes” must “have seatbelts fitted to the driver’s seat and all forward-facing passenger seats,” according to Volvo.

The trucking industry focuses on safety now more than ever before with new advanced driver assistance technologies introduced each year, but Volvo says that “far too many truck drivers still neglect the use of this simple device” and that global “seatbelt usage among heavy truck drivers and co-drivers is unfortunately still far too low.” In fact, according to the Volvo Trucks Safety Report 2017, wearing a seatbelt could prevent nearly half of all traffic accident-related truck driver deaths. One myth Volvo wants to dispel is that seatbelts are potentially dangerous in the event of truck rollovers, and the company recently shared a video that shows the benefit of seatbelts even in rollover situations.

“Although we have safety belt reminders in our trucks, ultimately it is the drivers themselves who must realise the risks they are taking when they drive without wearing their safety belt,” says Martin Tomlinson, head of media and product demonstration at Volvo Trucks UK & Ireland. “Virtually all our entire systematic safety approach is bypassed if the belt does not get the chance to hold the seat occupant securely in place during an accident. This applies equally if the driver is thrown around inside the cab or is thrown out of the cab if the truck rolls over.” 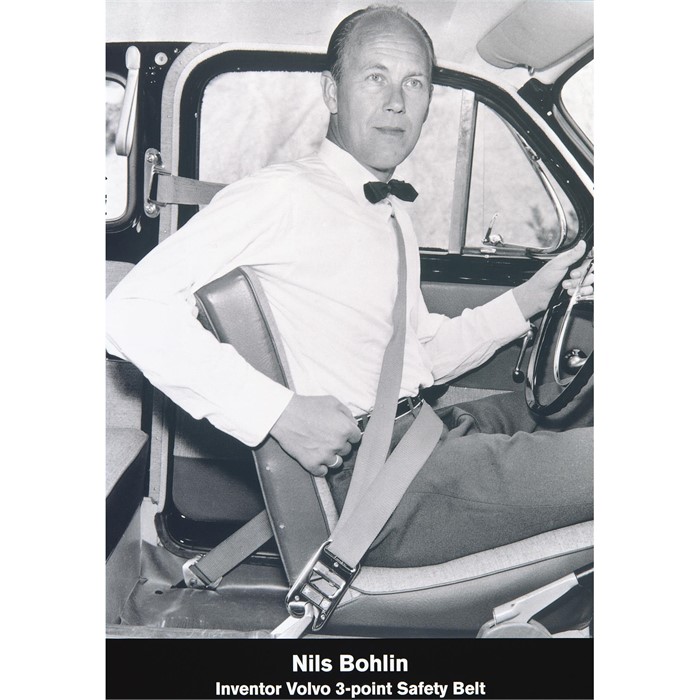 Nils Bohlin, a Volvo safety engineer, invented the three-point safety belt in 1958. It became standard on all Volvo Cars in 1963 and on all Volvo trucks in 1990. (Photo courtesy of Volvo.)

Working Toward A ‘Zero Accidents’ Future

Volvo is a major proponent of safety solutions in the trucking industry, and has introduced a number of new technologies over the years designed to prevent collisions and save lives. Anna Wrige Berling, who serves as the company’s traffic and product safety director, stresses the importance of various groups working toward creating a future with zero accidents. “We are sharing our traffic safety findings widely and have offered our knowledge and expertise to universities, research laboratories and partner organisations,” she says. “Whenever traffic safety is discussed, we want to participate. This helps us learn even more about the issues, the potential solutions, and how to design the trucks of the future.”

You will find a large selection of used Volvo trucks for sale on TruckLocator.