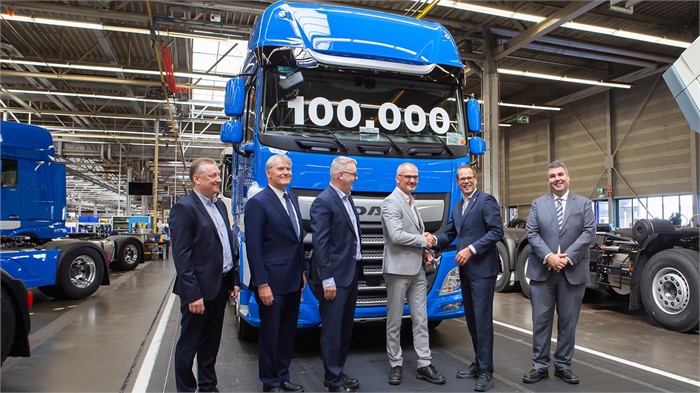 DAF recently announced that it has produced 100,000 trucks in its newest CF and XF model generations despite only being in production since July 2017. The two model groups are manufactured at DAF Trucks in Eindhoven in the Netherlands and Leyland Trucks in Great Britain. Harry Wolters, president of DAF Trucks, was on-hand at a special event to deliver the keys to the milestone 100,000th truck to Luc Gheys, co-owner of Belgium-based Groep Gheys.

“That we have reached this milestone so quickly is a testament to the quality and efficiency of this latest generation of trucks,” said Wolters. “Our customers praise the reliability, the fuel efficiency, the low operating costs and, not to mention, the unsurpassed driver comfort. No wonder DAF is Europe's No.1 in tractors.”

Groep Gheys is a fitting recipient of the 100,000th truck because its co-owner’s father operated a DAF coach turned removal truck as his first truck in the mid-1960s, which kicked off the company’s “long history with DAF Trucks,” according to Gheys. “Following on from my father, we have included DAF in our fleet since 2015,” he continued. “The experience of both the trucks and the DAF dealer, Lavrijsen, has always been excellent. That’s why we currently have around 80 DAFs in our fleet, and this year we will expand that number further with another 25.” 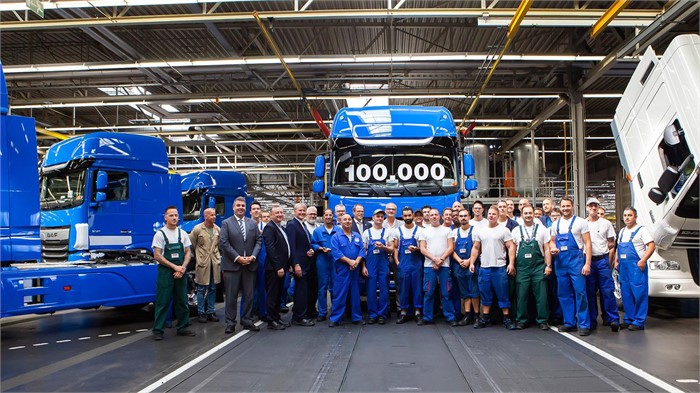 The new DAF CF and XF ranges hit the major milestone despite only being in production since July 2017. (Photo courtesy of DAF.)3

Find Your Next DAF Truck

You’ll find hundreds of used DAF trucks for sale every day on TruckLocator, including large selections of DAF CF and DAF XF models.