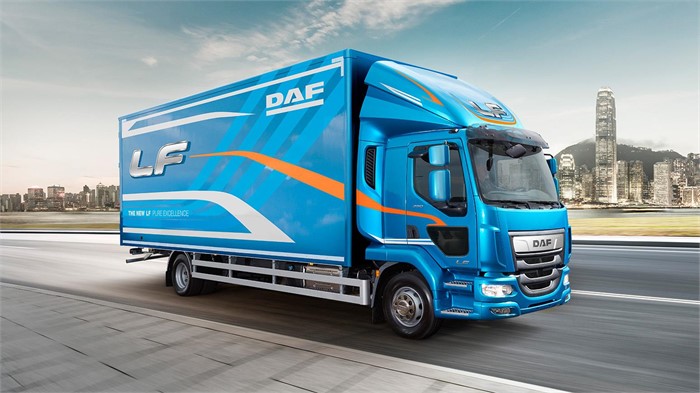 The DAF LF series recently won Truck of the Year for the third consecutive year at the 2019 Commercial Fleet Awards in Birmingham. (Photo courtesy of DAF.)

DAF Trucks won Manufacturer of the Year and the DAF LF series was named Truck of the Year in the United Kingdom for the third year in a row at the 2019 Commercial Fleet Awards, which were held at the National Motorcycle Museum in Birmingham on 8 October. The company has had quite a bit of success in these awards over the past few years with the LF winning Truck of the Year in 2017 and 2018 and another DAF series winning in the Urban Delivery Truck category in 2016. Commercial Fleet readers voted to decide the winners, and DAF believes the LF series ultimately came out on top thanks to its “versatility, reliability, aftersales support, and clear all-round appeal for owners and fleet operators.”

DAF On The Win

“A hat-trick of awards for the LF is hugely gratifying and testament to the longevity of this highly versatile all-rounder,” says Richard Zink, director, marketing and sales and member of the board of management of DAF Trucks. “The fact that this award comes about as a result of feedback from owners and fleet operators is very important. There is nobody better to judge the performance of our products and services than those who depend on them every day. Those same operators demand high levels of productivity, ultra-reliability and maximum uptime, and, of course, our fantastic DAF Dealer network must take credit for delivering unrivalled levels of aftersales support.” 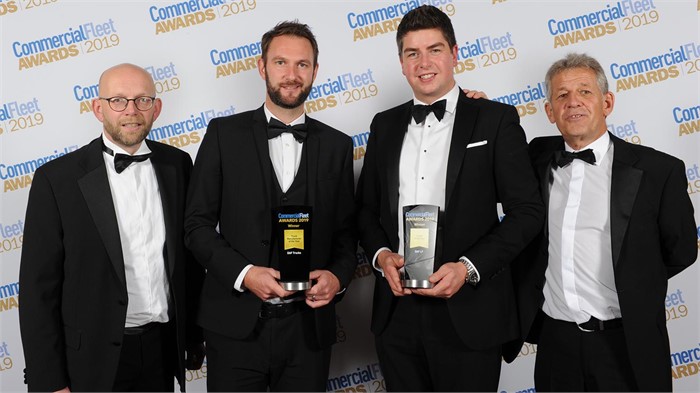 DAF also came away with the Manufacturer of the Year award at the ceremony, which was held at the National Motorcycle Museum on 8 October. (Photo courtesy of DAF.)

More On The DAF LF

The highly versatile DAF LF is available in several configurations as a 4x2 rigid or tractor unit. Cab options include a day cab, extended day/sleeper cab, and construction day cab. Engine options include PACCAR Euro 6 PX-4, PX-5, and PX-7 versions that range from 156 to 325 horsepower (116.3 to 242.4 kilowatts) and from 500 to 1,200 newton metres (368.8 to 885 pounds-foot) of torque. There are multiple transmission options for the LF, including five-speed, six-speed, nine-speed, and 12-speed manual, automated, and fully automatic gearboxes.

You will find hundreds of used DAF trucks for sale every day at TruckLocator, including a large selection of LF models.