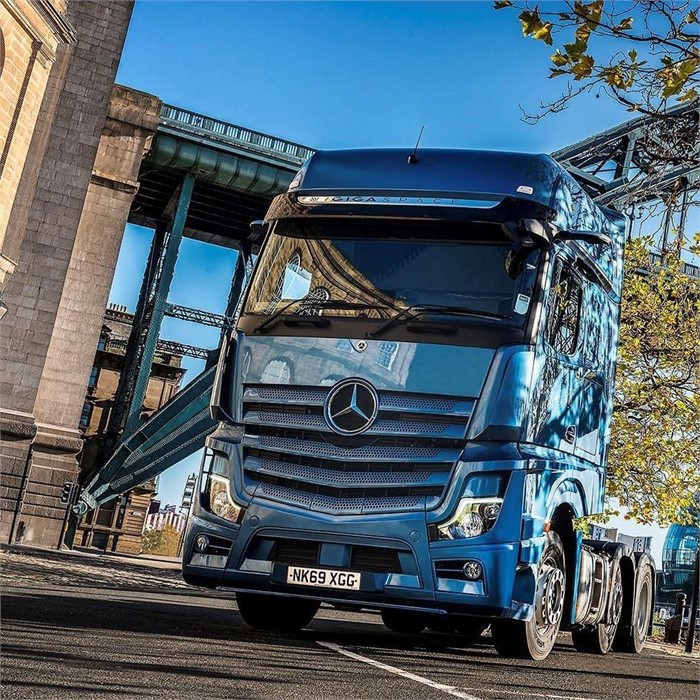 They are now working alongside Automatic Retailing’s 15 other tractor units, nine of which are also Mercedes models.

Its articulated combinations typically leave base at gross weights of around 35 tonnes, and do not back-haul - it prefers 6x2 tractors, however, because of the flexibility they offer to tackle heavier loads when necessary.

The company also relies on three 26-tonne curtainsiders, two of which are also by Mercedes, to undertake smaller deliveries to sites with restricted access.

Automatic Retailing’s Actros trucks include Multimedia Cockpit that features two interactive screens, and permanently connects the vehicle to the Cloud via a new Truck Data Centre.

The firm treated its drivers to optional StyleLine interiors which have luxury design touches such as leather-trimmed steering wheels and extensive chrome trim.

Transport Manager James Elliott said: “Our Actros have consistently returned between 10.5 and 11 mpg.

"These are fantastic figures, but we fully expect our new trucks to do even better. It’s not only about fuel, though, because they also represent a big step forward in terms of safety and cab comfort.”