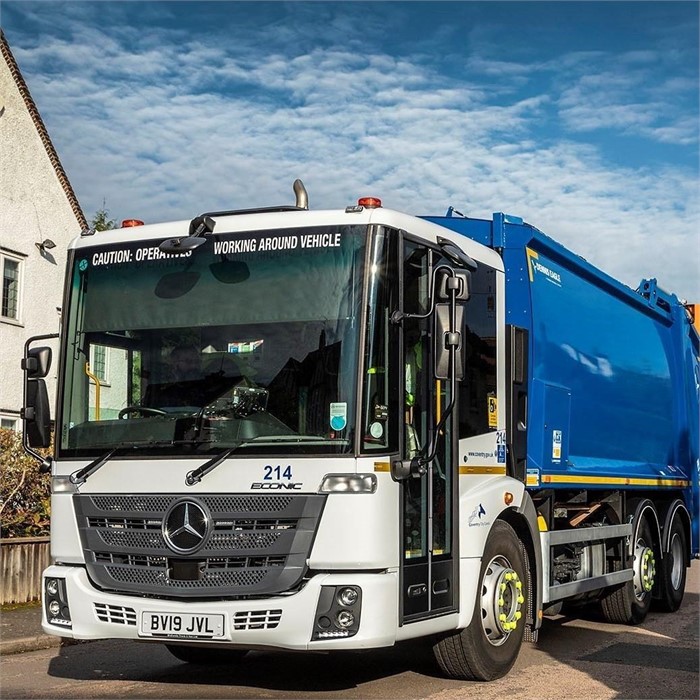 The authority set five new trucks on the road last summer, and is due to take delivery of a further six over the next few months.

They replace Econics which are being stood down, in some cases after nine and even ten years’ reliable service.

The first five are on domestic rounds, including collections of recyclables. In line with the Council’s previous policy, they were specified with mid-steer axles, while their Dennis Eagle compactor bodies have split bin lifts.

The remaining vehicles will be assigned to a commercial waste contract - because access is an issue at some locations, they will be fitted with rear-steer axles which offer enhanced manoeuvrability.

Their Dennis Eagle bodies, meanwhile, will have triple bin lifts.

Coventry City Council maintains the Econics in-house at its depot in Whitley, but relies on Midlands Truck & Van for parts and technical support.

Brian Martin, Assistant Fleet Manager at Coventry City Council, said: “Aftersales back-up is crucial. “The dealer’s local branch is barely a quarter of a mile away and we enjoy a very close working relationship with its Service and Parts teams, who provide excellent support.”