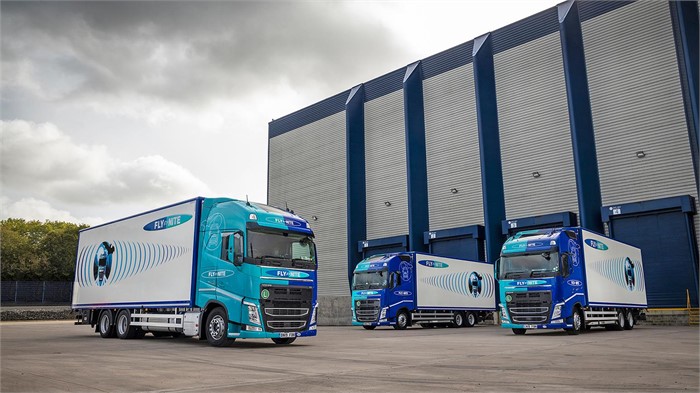 Fly By Nite, a hauling company with headquarters in Redditch that serves customers in the corporate, entertainment, exhibition, and music industries, recently purchased four new Volvo FH rigid trucks, all of which were supplied by Volvo Truck and Bus Centre East Anglia. Each of the 26-tonne 6x2 vehicles features a 460-horsepower (343-kilowatt) D13K engine and full air suspension. These are the first FH rigids for Fly By Nite, but it has used FH tractor units “for many years now,” says Richard Brown, the company’s transport manager.

The new FH models also feature Globetrotter XL cabs with I-Park Cool climate control, which Volvo says is important for Fly By Nite as the trucks “will regularly be away from base for anything between eight and 12 weeks at a time,” operating in such countries as Turkey, Iceland, Morocco, and Russia and all across Europe. The trucks, which also come with several safety features (adaptive cruise control, emergency brake assistance, lane changing support, and driver alert support) as standard, joined Fly By Nite’s 170-vehicle fleet back in March. The company plans to keep them in operation for eight years. 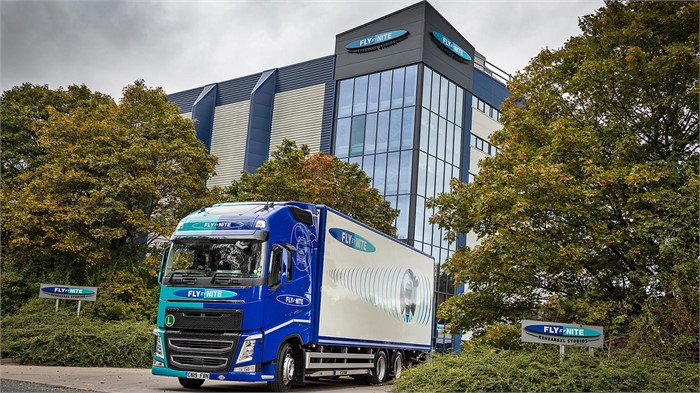 Each of the Volvo FH trucks features a 460-horsepower D13K engine, a Globetrotter XL cab, and a full air suspension. (Photo courtesy of Volvo.)

Fly By Nite demands a lot of its vehicles because customers rely on them to be on time and ready to roll. And while the company has an onsite body shop, Brown says “it’s not unusual for one of our fitters to go on tour with a major job, to carry out the required safety checks, servicing, or repairs at the various venues en route” to minimize downtime. So far, the new FH rigids are fitting in well with that model. “The drivers absolutely love the new Volvos,” says Brown. “Doing back-to-back tours and being away for two or three months at a time is the acid test for any truck cab.”

You will find hundreds of new and used Volvo trucks for sale every day on TruckLocator, including scores of Volvo FHs and a big selection of FH-460s.