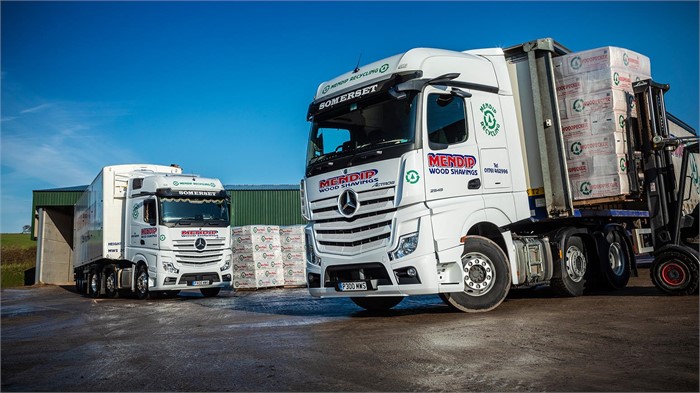 Throughout his 40-plus years of driving trucks, it might be safe to say Arthur Selway has just about seen it all. It’s how Selway is seeing the road these days that’s new, however. Selway and colleague David Moon, both of Bristol-based Mendip Wood Shavings, have been benefiting from the MirrorCam technology integrated in two new Mercedes-Benz Actros 2545 trucks purchased by Mendip. Mercedes-Benz recently highlighted the drivers’ experience with the “ground-breaking system.”

Founded in 1980, Mendip is a specialist supplier of animal bedding. It has 18 Mercedes-Benz trucks in its 21-truck fleet, and the first added were first-generation Actros units purchased in 2000. The company uses its tractor units and eight-wheeled rigids primarily to deliver sawdust and wood shavings to wholesalers, dairy farms, and other operations in Southern England and South Wales. 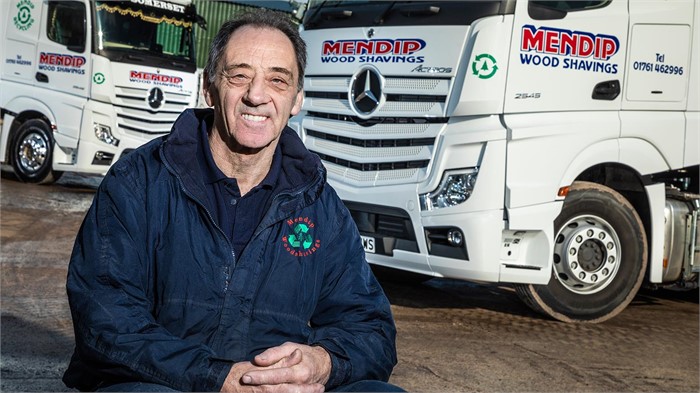 Mendip Wood Shavings driver Arthur Selway says the new MirrorCam technology integrated into two new Mercedes-Benz Actros 2545 trucks the company recently purchased is such an improvement on conventional side mirrors, he can “really see these camera-based systems taking off. Give it five years, and I reckon all trucks will have them.”

“The visibility is so much better,” Selway says. “Gone are the blind spots you get with conventional mirrors, and I can still see even when the sun is shining directly into the cameras.” Selway also likes that the cameras show a trailer’s back end when cornering. Moon says that once you get used to the cameras, “they’re pretty incredible because you can see so much more.” Mercedes-Benz adds that “the image on the in-cab screens adapts automatically to provide the driver with a clear view—not possible with mirrors—of the full length of the semi-trailer.”

You’ll find hundreds of new and used Mercedes-Benz trucks for sale every day on TruckLocator, including Actros models and a big selection of Actros 2545s in particular.