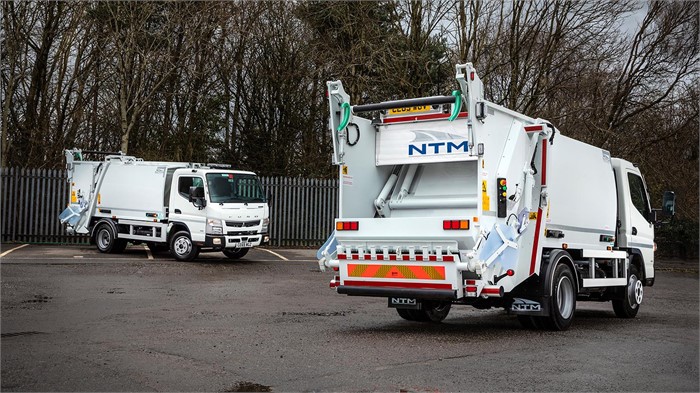 NTM-GB, a body manufacturer which offers a comprehensive range of equipment for waste and recycling applications, will soon be delivering new, 7.5-tonne FUSO Canter-based refuse collection vehicles to one of the UK’s leading waste management specialists. NTM-GB regularly partners with Euro Commercials, a South Wales dealer who in this case supplied the Canter chassis—both of which are 7C15 variants.

The FUSO Canter chassis feature 2.8-metre (9.2-foot) wheelbases, which are said to be the ideal size to accommodate NTM-GB’s K-Series bodywork. NTM-GB has purpose-designed its K-Midi body to support high carrying capacities—an available load volume of 4.6 cubic metres and payload allowance of 2.2 tonnes (4,850 pounds)—when paired with the Canter. The custom-built Comfort day cabs feature an automatic climate control system, as well as body-mounted beacons and rear LED lights, a colour rear-view camera, and DUONIC dual-clutch automated transmissions. Both trucks have 3.0-litre common-rail diesel engines that produce 110 kilowatts (150 horsepower) and a torque of up to 370 newton-metres (273 pounds-foot) over a broad engine speed range. 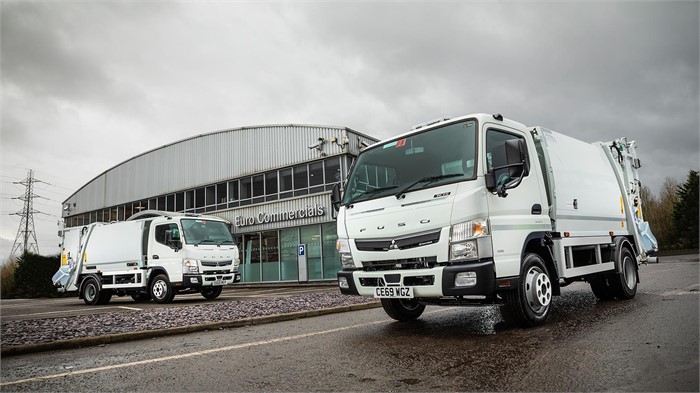 A Good Choice For Municipal Sectors

“The Canter is definitely the most popular 7.5-tonner for our customers, so we regularly build stock vehicles on this chassis; it’s all about payload,” says NTM Area Sales Manager Tim Prince. “The Canter will carry the best part of a tonne more than most trucks in its gross weight segment, and with our K-Midi body offers exceptionally high levels of productivity.” At the same time, Prince likes that the Canter is relatively small in size. “Combined with the extremely tight turning circle, it is highly manoeuvrable and ideal for serving those hard-to-reach areas.”

Find Your Next FUSO

You will find a large selection of new and used Mitsubishi FUSO trucks for sale every day on TruckLocator, including a nice selection of FUSO Canter models.

The Mitsubishi FUSO Canter, distributed by Mercedes-Benz in Europe, is a versatile truck designed for a wide range of applications, including delivery, construction, landscaping, snow ploughing, and much more. Gas and diesel engines are available for Canter models produced in the last few years with outputs ranging up to 297 horsepower, and there are options for manual or automatic transmissions, depending on the model. The commercial-grade powertrain supports large payloads for heavy-duty hauling and intra-city transport. 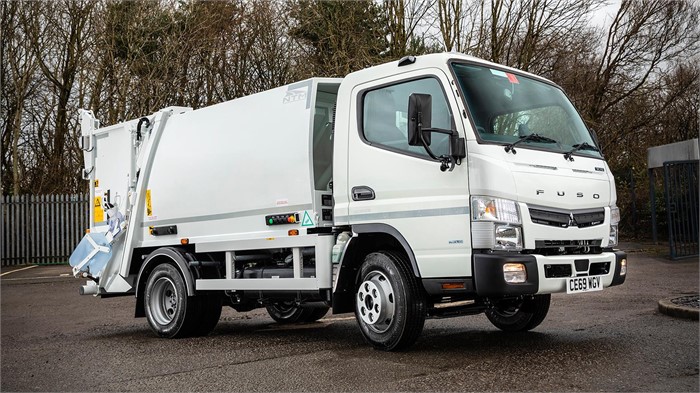 Mitsubishi FUSO also offers a 4x4 version of the Canter with all-wheel drive for handling challenging terrain, crew cab models, and an all-electric eCanter model. A 3rd generation eCanter is currently being tested out by companies in Tokyo, New York, and London, as well as across Australia. The 3rd generation eCanter is said to be powered by a 115 kilowatt, 390 newton metres electric motor with six battery packs that can be charged to 80% capacity in less one hour with a Type 2 charger.