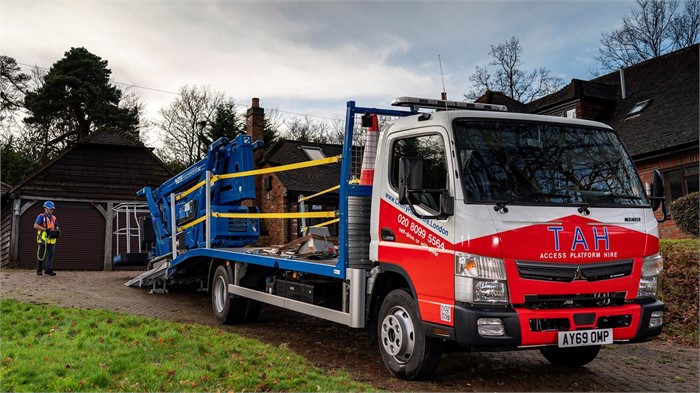 Back To The Well

TAH chose the FUSO Canter largely due to its payload capacity of 3,410 kilograms (7,518 pounds), which makes it ideal for hauling equipment, and for its tight turning circle, a necessary feature for operating in London. Another important factor was the firm’s experience with another 7.5-tonne Canter model in its fleet.

“I’ve been relying on Canters in various roles for 20 years or more, and they’ve never let me down. We have to contend with a lot of weight restrictions on the roads in this part of the world, and 7.5 tonnes tends to be point at which these kick in,” says Derek Mark, general manager at TAH Access Platform Hire. “No other vehicle in this GVW class carries the weight as well as a Canter. It has an unrivalled payload capacity which we use to the full, and means we can get our 23-metre spider to just about any location we need to reach.” 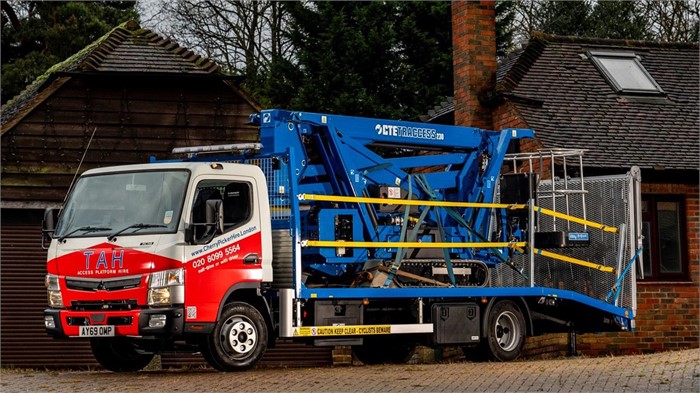 The Canter Up Close

The Mitsubishi FUSO Canter, distributed by Mercedes-Benz in Europe, is a versatile truck designed for a wide range of applications, including delivery, construction, landscaping, snow ploughing, and much more. Gas and diesel engines are available for Canter models produced in the last few years with outputs ranging up to 297 HP, and there are options for manual or automatic transmissions, depending on the model. The commercial-grade powertrain supports large payloads for heavy-duty hauling and intra-city transport.

Mitsubishi FUSO also offers a 4x4 version of the Canter with all-wheel drive for handling challenging terrain, crew cab models, and an all-electric eCanter model. Companies are currently testing a third-generation eCanter in Tokyo, New York, and London, as well as across Australia. The third-gen eCanter is powered by a 115-kW, 390 N-m electric motor with six battery packs that can be charged to 80% capacity in less one hour with a Type 2 charger.

You will find a large selection of Mitsubishi FUSO trucks for sale every day on TruckLocator, including a number of new and used Canters.