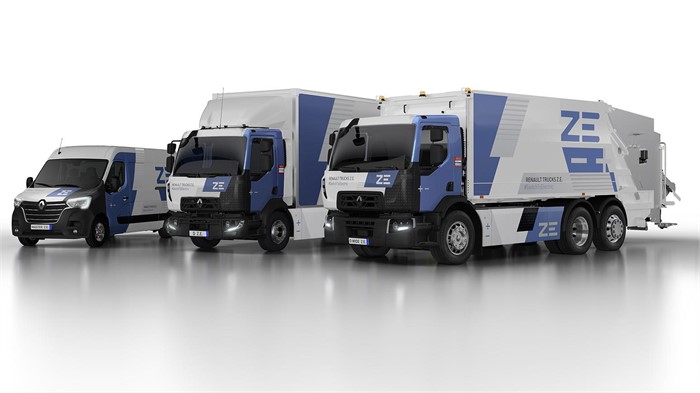 Renault will officially begin electric truck production this month at its manufacturing facility in Blainville-sur-Orne, starting with its D and D Wide Z.E. models. Located in the Normandy region of France, the Blainville-sur-Orne plant manufactures 240 cabins and assembles 72 distribution trucks per day. Renault recently built an 18,000-square-metre Z.E. building next to that assembly line complete with the equipment necessary to produce electric vehicles as well as a temperature-controlled area that the firm says is dedicated to battery storage.

Each Renault electric truck begins its life in the Z.E. building where technicians assemble a wide range of components, including the engine, transmission, drive, and modular power box. Those components then move over to the same assembly line the company uses to produce its diesel-powered trucks. Once the trucks get through assembly, they go back to the Z.E. building to complete a series of quality tests and to go through “additional technical operations,” according to Renault. The entire process involves around 50 hours of work per truck. 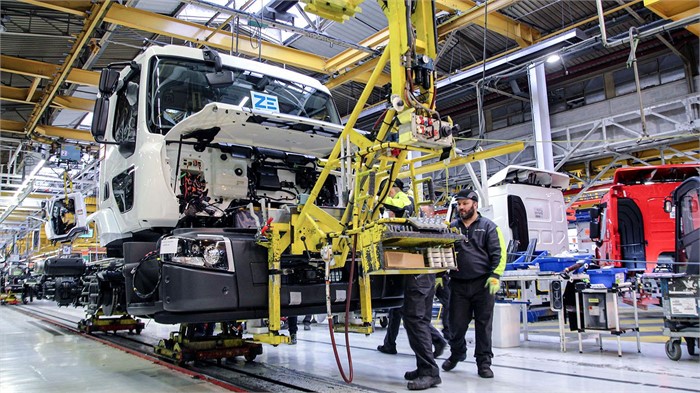 It takes around 50 minutes of work to produce one electric truck, moving from a dedicated Z.E. building to an assembly line and back again. (Photo courtesy of Renault.)

Renault estimates that “electric vehicles will represent 10% of its sales volume by 2025.” While you wait for an electric vehicle, head over to TruckLocator, where you’ll find a large selection of used Renault vehicles for sale, including a number of Range D models.