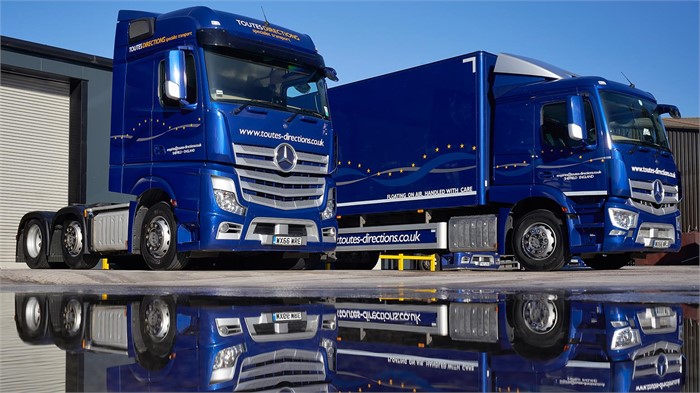 Over the years, Sheffield-based haulage firm Toutes Directions has come to rely on new Mercedes-Benz vehicles and the All Approved Used program to haul heavy-value equipment to IT, medical, catering, and other companies. (Photo courtesy of Mercedes-Benz.)

Sheffield-based hauling company Toutes Directions has numerous reasons why it has used Mercedes-Benz-branded vehicles across 25 years. Transport Manager Tom Harrison says reliability, fuel efficiency, popularity among drivers, and strong support in the UK and Europe are some of them. So, too, is making a first impression. “Given the profile of the client base we serve, image is very important to us,” he says. “Our modern premises are always clean and tidy, and the same is true of our fleet.” That fleet prominently features Mercedes-Benz vehicles that Harrison says “look fantastic and help us to convey the right impression.” 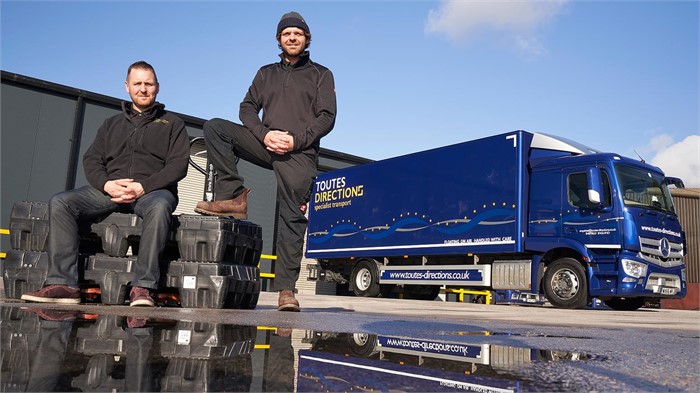 Brothers Tom (left) and Oliver (right) Harrison have begun to gradually take over for father Mark in running the haulage firm, serving as transport manager and workshop manager, respectively. (Photo courtesy of Mercedes-Benz.)

“In addition to specialist transport, we carry a fair amount of time-critical air freight,” Harrison says. “The vehicles assigned to this work are not as highly specified and can quickly rack up substantial mileages. Over five years, we can easily put 1 million kilometres on one of these trucks. For this work, therefore, we prefer to pick up a nearly new chassis on which someone else has taken the initial ‘hit,’ then paint it up so it looks nice and smart.”

You’ll find a huge selection of new and used Mercedes-Benz trucks for sale every day on this site, including a number of Actros models and 1824s.