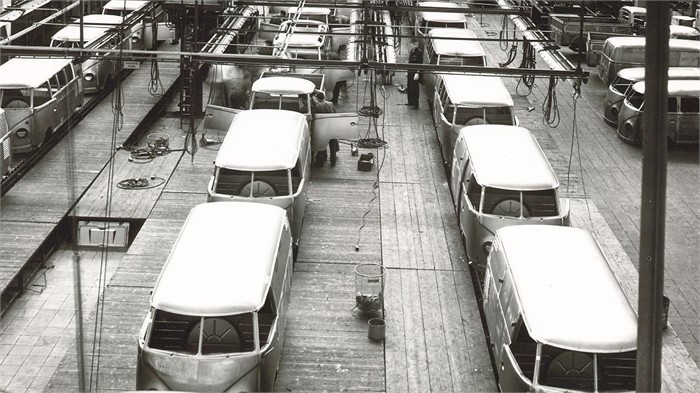 Volkswagen is celebrating the 70th anniversary of its Transporter van range. The first Transporter was produced in March 1950. (Photo courtesy of Volkswagen.)

Volkswagen is celebrating the 70th anniversary of its Transporter van. The company has sold 13 million vans from the range, with the first one produced in March 1950. The Transporter now owns the record for “the world’s longest production run for a commercial vehicle,” according to Volkswagen. Over the years, the company introduced bus, camper van, and panel van versions of the model leading up to the newest iteration: the T6.1, a modern van with a new dashboard design and a host of connectivity features.

Following in the footsteps of a hand-built prototype in 1949, Volkswagen officially introduced the T1 in 1950 in three versions: a panel van with the engine in the rear, a passenger van, and a bus with eight seats. Powered by the same engine and transmission found in a Volkswagen Beetle, the T1 had a 750-kilogram (1,653-pound) payload capacity. The company also released a Samba version of the T1 in 1951 followed by a pickup model in 1952. By 1967, Volkswagen had sold roughly 1.9 million Transporters. 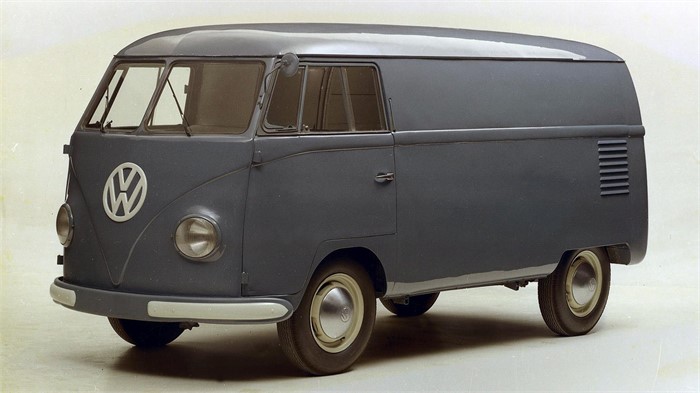 The period from 1967 to 1979 was the era of the T2, which featured a standard sliding door and a redesigned front end. The “pop-up roof camper version became an instant hit with globetrotters,” according to Volkswagen. The company followed that up with an electric, zero-emission T2 in 1972. Volkswagen produced 2.14 million T2 models. The next model, the T3, prioritized space and safety. It was available with a flat engine and a redesigned chassis that “offered car-like handling,” Volkswagen says. The company added several new features in 1985, including all-wheel drive, turbochargers, and more, and produced 1.3 million T3s during its run.

The release of the T4 marked a major shift for the Transporter series as the manufacturer moved the engine to the front, resulting in a new design, and introduced front-wheel drive. By the time production ended in 2003, Volkswagen sold 1.9 million T4s in a wide range of configurations, including double cab, panel van, kombi, pickup and chassis, and others. With the T5, Volkswagen redesigned the interior for operator comfort and also offered all-wheel drive and several engine options. The company produced 1.65 million T5s. 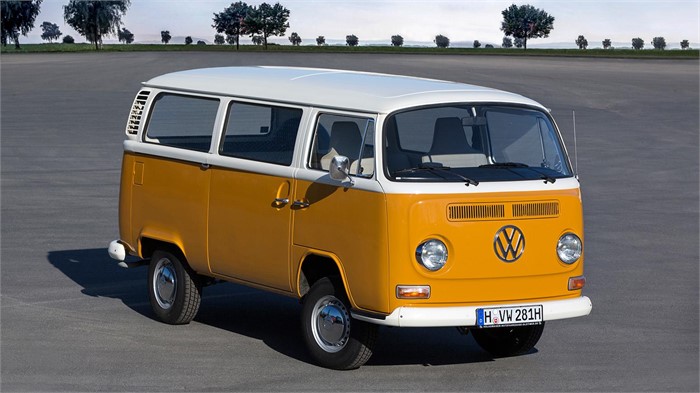 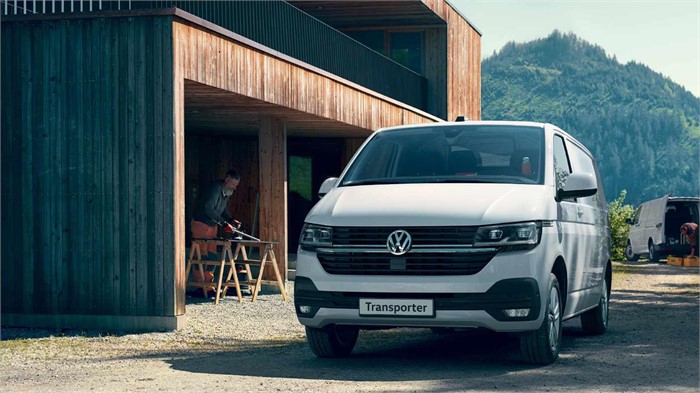 There are two main panel van models to choose from: the Startline and the Highline. The Startline features cruise control, forward collision warning and automatic emergency braking, and a leather-wrapped steering wheel. The Highline adds adaptive cruise control, a heated and laminated windshield, and heated, power wing mirrors. Both models are also available as kombi crew vans with three-seat fold-down bench seats in the second row.

You will find a large selection of used Volkswagen vans for sale at TruckLocator, including a number of Transporters.