A Closer Look At The Mitsubishi FUSO eCanter 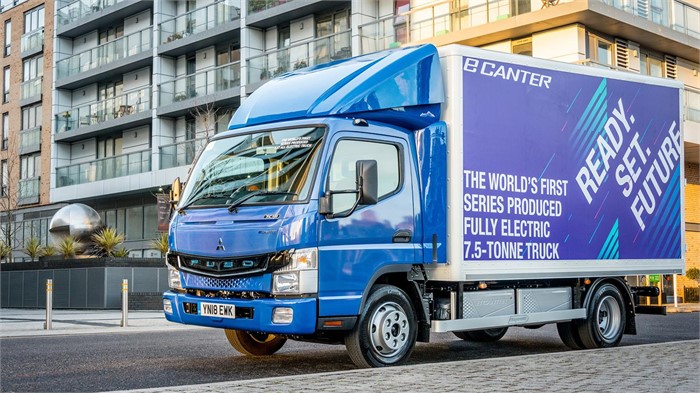 Mitsubishi FUSO says its 7.5-tonne FUSO eCanter is the world’s first all-electric light-duty truck in series production. It was developed by Daimler Trucks’ Mitsubishi FUSO Truck & Bus Corporation, which showed off a prototype called the Canter E-CELL at the 2010 International Motor Show in Germany. After three years of customer testing in Portugal and Germany, FUSO launched the eCanter in September 2017. Able to drive 100 kilometers on a charge, the lithium-ion battery-powered truck is built in Tramagal, Portugal, for European and U.S. customers and in Kawasaki, Japan, for Asian markets.

The eCanter has a gross vehicle weight of 7,255 kilograms and can carry up to 4,080 kg, depending on its configuration. It’s available with a van body or a flatbed. Wheelbase for the truck is 3,851 millimetres, and its rear axle can support up to 5,760 kg. 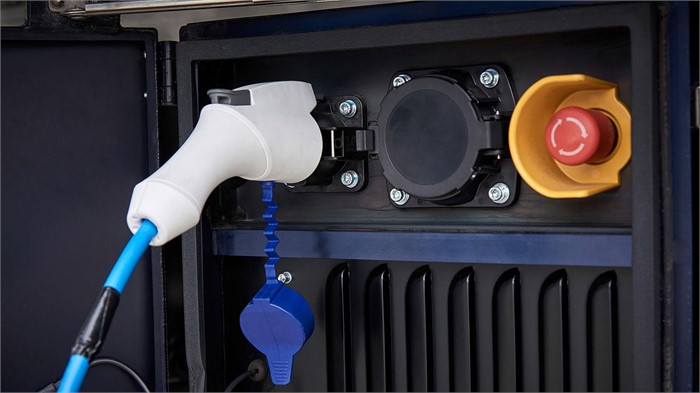 The silent, lithium-ion battery-powered eCanter is able to drive 100 kilometers on a charge, with 8-hour standard and 1- to 2-hour fast charge options. (Photo courtesy of Mitsubishi FUSO.)

Because it’s fully electric, FUSO says the eCanter can save customers up to 1,000 Euro for every 10,000 kilometres driven, as compared to its diesel equivalents. Mercedes-Benz supplies the truck’s six liquid-cooled lithium-ion batteries, rated at 360 volts and 82.8 kilowatt-hours each. A DC fast-charge option reduces the 8-hour standard recharging time to 1 or 2 hours. The eCanter’s AC synchronous permanent-magnet motor produces 248 horsepower (185 kilowatts). An electric power take-off provides up to 53.6 hp (40 kW) of auxiliary power.

The rear axle has a single reduction gear transmission, laminated leaf springs, and shock absorbers. The front has a similar suspension plus a stabilizer bar. The antilock braking system is the two-stage regenerative type. It actuates its dual-caliper discs with an electro-vacuum hydraulic system. 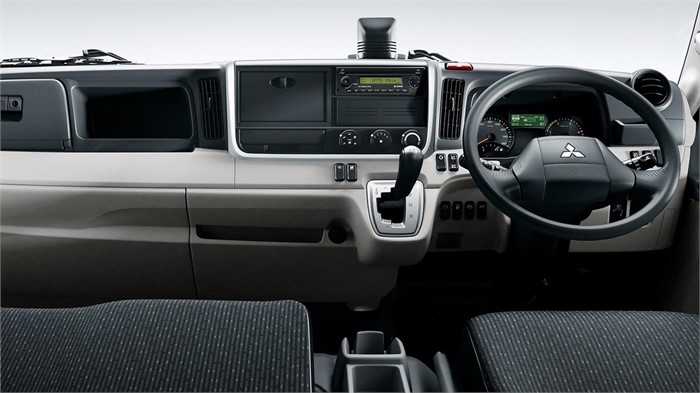 Look to TruckLocator for a bevy of new and used Mitsubishi FUSO trucks for sale. FUSO trucks are distributed in the UK by the Mercedes-Benz dealer network.