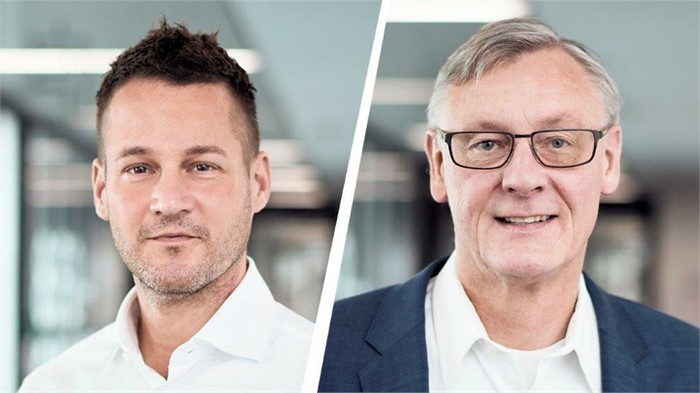 Daimler Truck AG has consolidated all of its fuel cell ventures into one new company: Daimler Truck Fuel Cell GmbH & Co. KG. Daimler also announced that the managing directors of the new organization are Drs. Andreas Gorbach and Christian Mohrdieck, who have both worked on a number of fuel cell-related drive systems and other similar projects over the course of their careers.

This news follows a recent non-binding agreement made between Daimler Truck and Volvo Group back in April that will see Volvo purchase 50% of the newly established company at a later date. The planned collaboration focuses on developing fuel cell technologies specifically for heavy-duty commercial vehicles, and Daimler says the two companies hope to bring such vehicles to the market in the second half of the decade. Rolls-Royce also plans to use systems developed under this joint venture in the future.

“The establishment of Daimler Truck Fuel Cell GmbH & Co. KG is a very special milestone for our company, because our new subsidiary is to be the immediate predecessor organization of the joint venture,” says Martin Daum, chairman of the board of management of Daimler Truck AG and member of the board of management of Daimler AG. “In it, we will now bring together the great expertise and enormous wealth of experience from several decades of development work on fuel cells at Daimler – and combine it with the right know-how in connection with trucks.”

Dr. Gorbach has been with Daimler since 2005 working on powertrain development, sustainability initiatives, and more. Before becoming CEO of the newly established company, he had been overseeing Daimler Truck AG’s fuel cell activities in a senior role starting in early May, a position he will continue to hold in addition to his new one.

Prof. Dr. Mohrdieck has traveled the world helping various Daimler businesses research and develop a wide range of technologies, starting with Daimler-Benz AG in Frankfurt, Germany, in 1989. In 1999, he moved to DaimlerChrysler in the United States, and then returned to Germany in 2003. He is currently the managing director of Mercedes-Benz Fuel Cell GmbH, which has become part of Daimler Truck Fuel Cell GmbH & Co. KG. He is also an honorary professor at the University of Ulm.

“I am very pleased that with Dr. Andreas Gorbach and Prof. Dr. Christian Mohrdieck, we have been able to gain two very experienced Daimler colleagues for the management of Daimler Truck Fuel Cell GmbH & Co. KG,” says Daum. “The two of them are characterized both by profound expertise in the field of conventional and alternative drive systems and fuel cells, and by the right pioneering spirit to successfully build up the new entity and transfer it to the planned joint venture.”

You will find a large selection of new and used trucks, vans, and more for sale on Truck Locator from such popular Daimler brands as Mercedes-Benz and Mitsubishi Fuso.