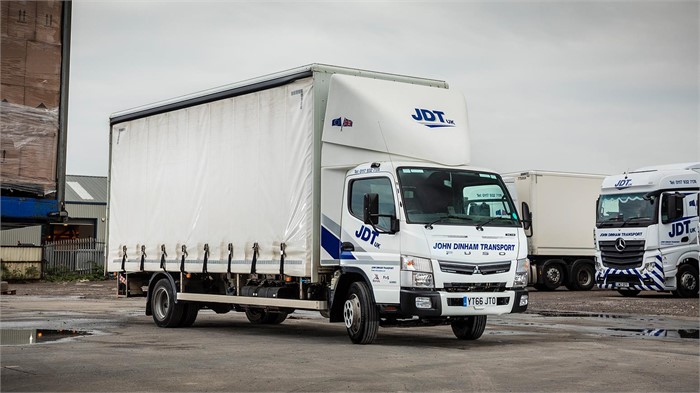 John Dinham Transport not only grew from one truck to a 20-vehicle fleet in seven short years, but it also recently opened a new facility in Avonmouth, Bristol, that sits on 1.6 acres. The company is a longtime Mercedes-Benz customer that has purchased 14 used trucks from the marque, most of which are Actros tractor units, over the past four years. In fact, John Dinham Transport currently operates just four other vehicles from a French manufacturer and plans to replace them with all with Mercedes-Benz trucks.

However, the company recently switched gears as it purchased a used FUSO Canter 7C18. Owner John Dinham purchased the truck on the spot during a test drive although he admits to being “reluctant even to try” it beforehand. The 7.5-tonner features a 3.0-litre turbodiesel engine that generates 175 horsepower (130 kilowatts) and 430 newton-metres of torque. It will perform contract work as part of the Pall-Ex delivery network and joins a Mercedes-Benz Axor already in operation. 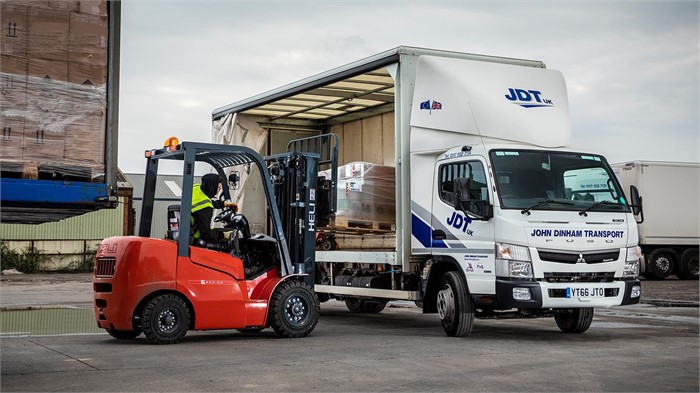 Canter Chosen For Its Agility

“We cover Bristol postcodes for Pall-Ex, and the Canter is ideal for delivering palletised goods in and around the city, as well as heavy consignments for builders’ merchants and the like,” says Dinham. “Ours offers an outstanding payload allowance of approximately 3.8 tonnes, while its tight turning circle is also a huge advantage. It doesn’t carry as much as the 18-tonner, of course, so might have to do two trips for every one by the bigger truck, but the fact that it gets around so much more quickly gives it a big advantage. I’d buy another without hesitation.”

The Mitsubishi FUSO Canter, distributed by Mercedes-Benz in Europe, is a versatile truck designed for a wide range of applications, including delivery, construction, landscaping, snow ploughing, and much more. Models range from 3.5 to 8.55 tonnes, with chassis load capacities ranging from 1.6 to 6 tonnes. Engine outputs range from 130 to 175 HP (97 to 130 kW), and there are options for manual or automatic transmissions, depending on the model. 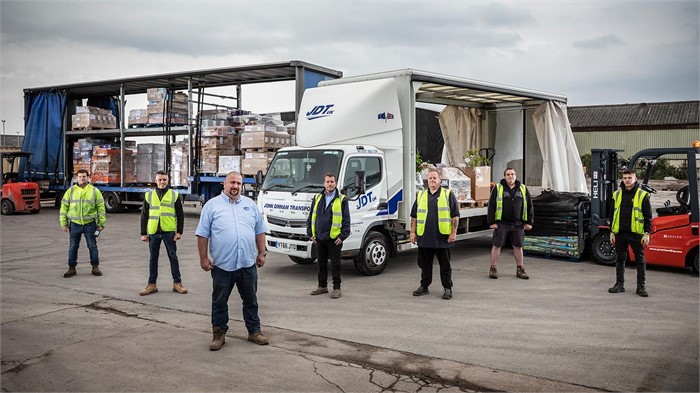 Mitsubishi FUSO offers a 4x4 version of the Canter with all-wheel drive for handling challenging terrain as well as a 100% emission-free eCanter model. The eCanter features an electric motor that produces up to 156 HP (116 kW) and 390 N-m of torque. It charges fully in seven hours, with a one-hour fast charge available, and has a range of 100 kilometres with a full payload.

You will find a large selection of new and used Mercedes-Benz and FUSO trucks for sale on Truck Locator.