MAN At Work: A Closer Look At The MAN TGS 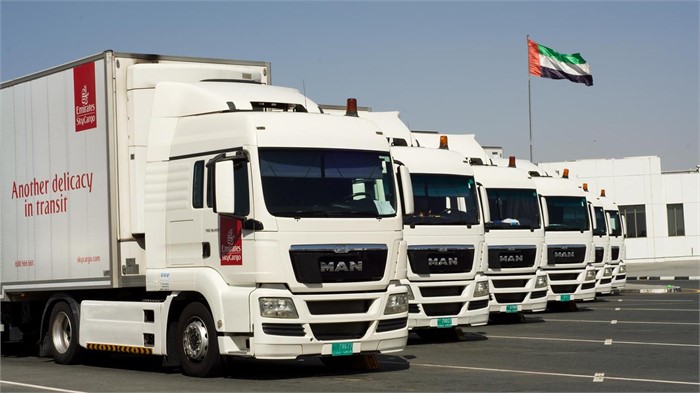 The TGS series is billed as MAN’s “all-rounder” and can easily be configured to suit heavy-duty construction, distribution, and municipal services sections. In comparison to MAN’s high-powered, long-haul TGX series, the TGS is available in narrower cab styles, while still covering a broad power range (from 243 to 375 kilowatts; 330 to 510 horsepower) and offering robust drive configurations that support similar gross vehicle weights, anywhere from 18 to 41 tonnes. The TGS’ lightweight construction and narrow cab make it a good choice for applications that require low unladen weight and good visibility, such as tippers and transport mixers in the construction industry. Specialist all-wheel-drive configurations like 4x4, 6x6, 8x6, or 8x8 are available to handle rough terrain. Diverse configurations also support short- and medium-haul distribution for work on paved roads. 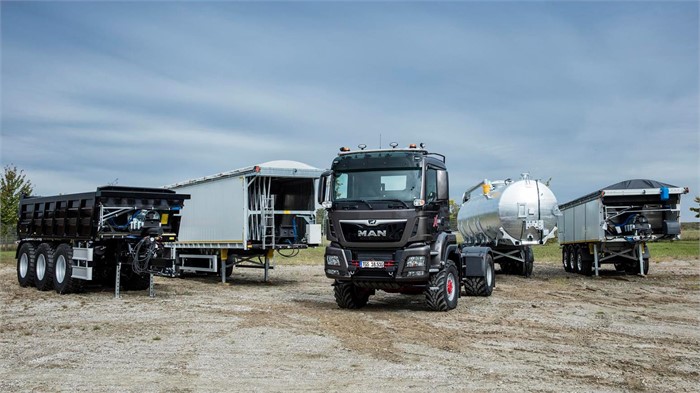 All-wheel-drive TGS trucks are a great fit for work in the ag industry. (Photo courtesy of MAN.)

In early 2020, MAN launched a new generation of its TGX, TGS, TGM, and TGL series trucks. The redesign was MAN’s first major product range update in nearly 20 years and included a variety of technological updates, such as driver assistance and safety systems, and chassis upgrades that improved visibility and manoeuvring. For example, MAN developed the 2.24-metre (7.3-foot) FM narrow cab for the TGL, TGM, and TGS series of the new MAN Truck generation specifically to meet the demands of urban distribution. The FM cab has the same length and height as the GM cab for longer-haul applications. MAN also redesigned the NN cab that’s a popular choice on MAN TGS. MAN says this 1.88-metre (6.2-foot)-long cab has sufficient space behind the seats for work clothing and tools. A standing platform on the left wheel arch and grab handle on the roof allow for safe, convenient monitoring of cargo space behind the cab. In the construction industry, the NN cab can often be found on TGS models designed as bulk tipper or in mixing operations. 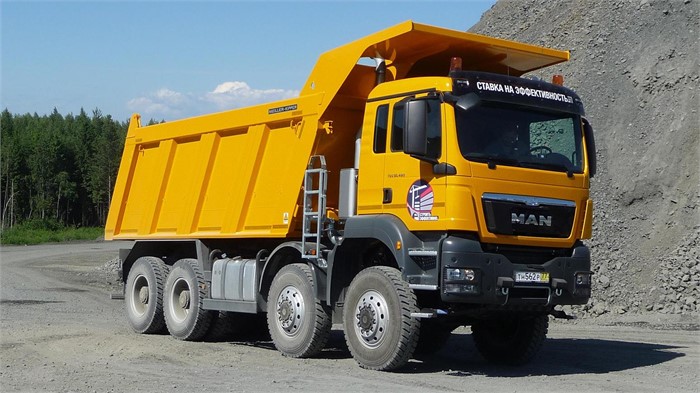 MAN TGS tipper trucks can assist in mining operations, as well as many other heavy-duty applications. (Photo courtesy of MAN.)

The new-generation TGS features either a D15 or D26 engine that brings the series up to Euro 6 standards. The MAN D15 engine is available in power ratings from 243 to 294 kW (325 to 395 hp), while the D26 supports between 316 and 375 kW (425 to 505 hp). MAN’s semi-automatic TipMatic manual gearbox reduces fuel consumption and optimises the TGS for a variety of applications. TipMatic intelligentially balances gearshift speed, comfort, and material wear by adjusting the engine, clutch, and gearbox to complete shifting operations as quickly as possible. When idle speed driving, for example, TipMatic lets the TGS travel at low speed (around 600 rpm) without the driver needing to press on the accelerator—and the clutch opens as soon as the driver presses down on the brake pedal. TipMatic load detection functions also automatically select the optimum gear for moving off by sensing if the vehicle is empty or fully loaded. 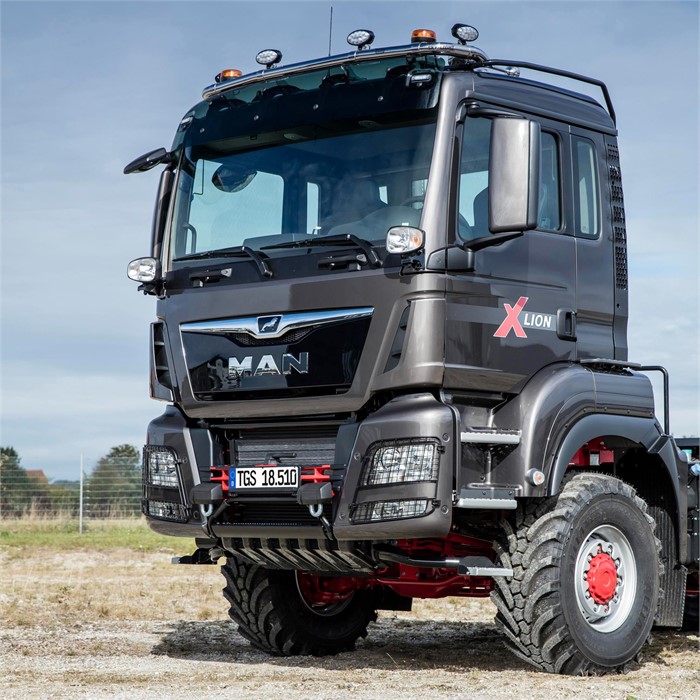 The TGS offers good visibility with a cab that provides optimal field of vision to the side. (Photo courtesy of MAN.)

When designing the new generation of trucks, MAN says it consulted drivers and business people throughout the entire development process about performance and operation features. On the TGS, just a few of the modern enhancements include a newly developed turn assist and traffic jam assistant, as well as lane change assist to reduce the strain on the driver and ensure increased safety in road traffic. MAN has added camera systems to help drivers see blind spots and improve safety, whether the driver is in busy city traffic or backing into the loading bay. For easier control on rough terrain, the TGS can include a switchable hydrostatic front-wheel drive, called MAN HydroDrive, that provides more traction on slippery surfaces and loose gravel. On the road, automated driving features like Lane Guard Support and Lane Return Assist help drivers to keep the TGS in the intended lane. 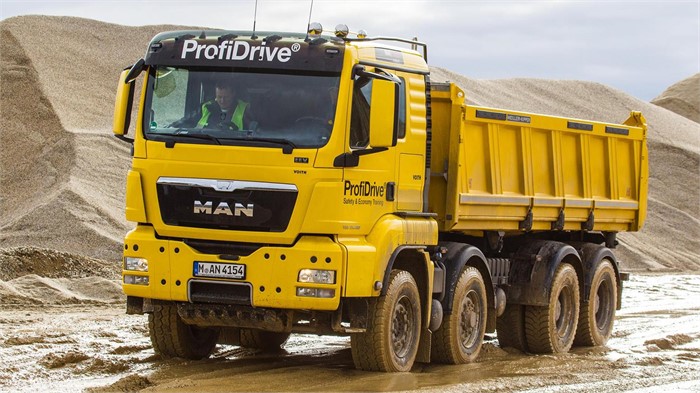 You’ll find a large selection of used MAN trucks for sale every day on Truck Locator, including TGS models fit for work in a variety of roles.