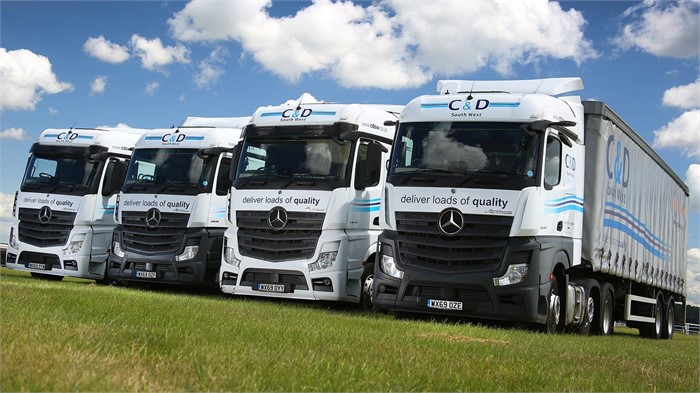 Because some drivers expressed concerns about a shift away from traditional mirrors, the other two vehicles in the order are from the previous generation and don’t feature the new technology. However, Mercedes-Benz says that “even those drivers with the strongest reservations were quickly convinced by the benefits of the new cameras.” 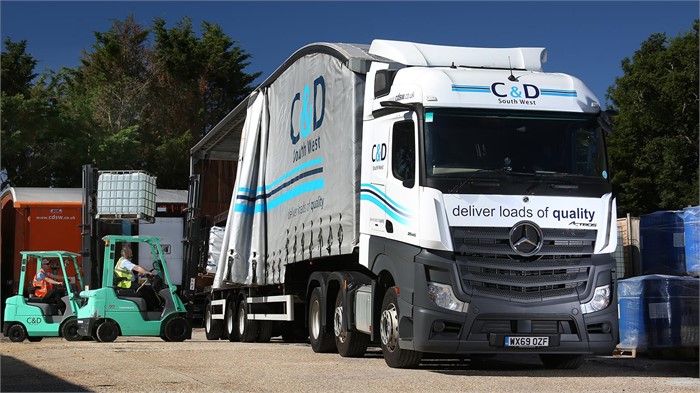 Each of the Actros trucks features a 12.8-litre, 450-hp engine and a 2,500-mm-wide cab. The next-generation trucks have StreamSpace cabs and the previous-generation vehicles have BigSpace cabs. (Photo courtesy of Mercedes-Benz.)

MirrorCam replaces traditional mirrors with cameras that send video feeds to A-pillar-mounted screens. The system increases forward visibility by eliminating blind spots, but it also gives the drivers improved rear-facing visibility because “the trailer always remains in the centre of the screen and distance lines enable the driver to better estimate the position of following traffic when changing lanes or overtaking,” according to Mercedes-Benz.

Each of the four Actros trucks features a 12.8-litre 450-horsepower (336-kilowatt) engine and a 2,500-millimetre wide cab. The previous-generation vehicles have BigSpace cabs, while the new-generation ones have StreamSpace cabs. However, the major selling point of the Actros for C&D South West is fuel efficiency. The company operates 10 trucks from another marque and they achieve an average fuel efficiency of 9 mpg. While even the two previous-generation Actros models improve upon that figure at 9.49 mpg, the new-generation tractor units with MirrorCam and Predictive Powertrain Control are a hair more efficient at 9.64 mpg. 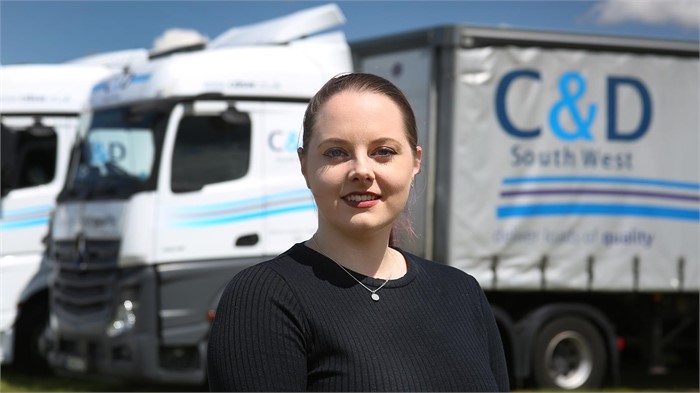 C&D South West Managing Director Lorna Hammond says that while MirrorCam was a big selling point for her, some of the company’s drivers “were sceptical and reluctant to change.” However, six months later “even those drivers with the strongest reservations have been won over,” she says. (Photo courtesy of Mercedes-Benz.)

“All four of our Mercedes-Benz trucks are doing exceptionally well on fuel, but especially the new-generation models, which is just as we expected,” says C&D South West Managing Director Lorna Hammond. “As we enter a new decade, we’re keen to embrace the latest technology and reinforce our image as a business that is fully committed to safety and efficiency. The Actros are performing superbly, and City West Commercials has also impressed. The dealer’s team are proactive and keep us fully informed and up to date in terms of workshop visits.”

You will find a large selection of new and used Mercedes-Benz trucks and Actros models in particular for sale every day on Truck Locator.