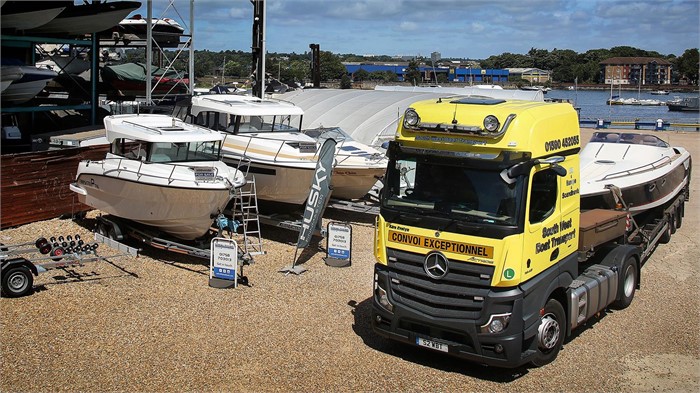 South West Boat Transport’s new Actros is an 1848 model fitted with long-range tanks that carry up to 820 litres of fuel and 90 litres of AdBlue. (Photo courtesy of Mercedes-Benz.)

The Mercedes-Benz Actros has proven its reliability to South West Boat Transport, which recently received a new Actros 1848 to replace another aging Actros. “I acquired my first Actros in 2013 and was so pleased with its performance that I added a second 2 1/2 years ago,” says Michael Whelan of South West Boat Transport. “Our trucks typically cover 100,000 kilometres each year, and I’ve not had one breakdown since I switched to Mercedes-Benz.” The new-generation Actros was built on special order and can carry up to 820 litres of fuel and 90 litres of AdBlue.

During its first few weeks on the road, Whelan drove the new truck on a five-day, 3,000-mile round trip to Málaga in southern Spain to collect a 37-foot powerboat. The new Actros averaged 12.6mpg, almost more than a mile per gallon ahead of the older Actros. “The fuel savings are very welcome indeed,” Whelan says. Long hauls are easier with the GigaSpace cab, which features a roof-mounted Kelsa beacon bar and additional spotlights, as well as the StyleLine interior, which is equipped with a pull-out fridge and a microwave oven. 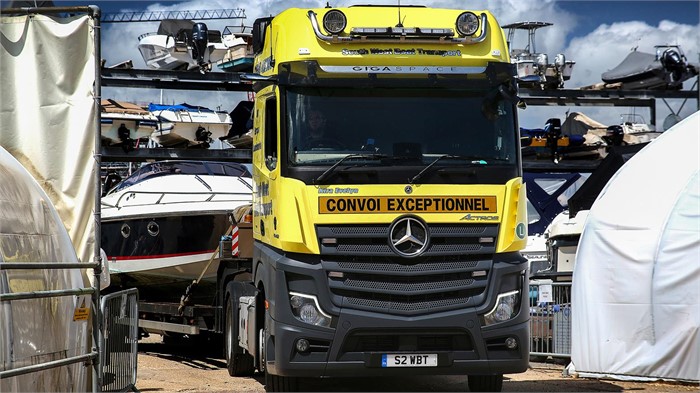 More On The Actros

You will find hundreds of new and used Mercedes-Benz trucks for sale on Truck Locator, including a large selection of Actros models.