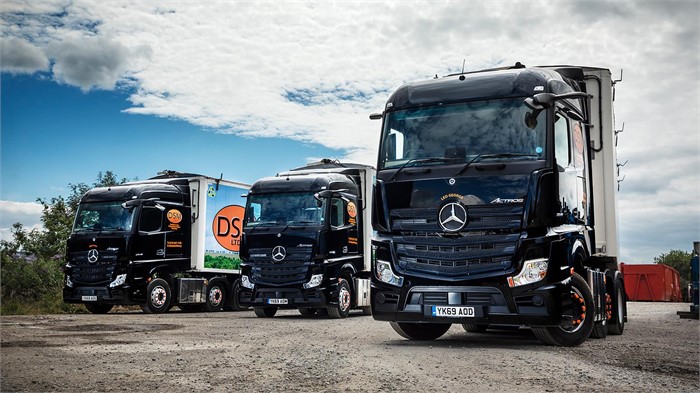 DSM, a waste management company based in Sheffield, recently added three new Mercedes-Benz Actros 2548 tractors units with MirrorCam to its fleet after Managing Director Scott Reynolds tested the system at a Northside Truck & Van event and came away impressed. MirrorCam trades conventional mirrors for cameras and A-pillar-mounted displays on the interior that improve rear visibility by eliminating blind spots.

“I knew the latest-generation Actros was loaded with advanced technology, so jumped at the opportunity to try it for myself,” says Reynolds. “I was particularly keen to see MirrorCam in action, and the benefits were obvious from the outset. The system is very easy to use, and thanks in part to some clever technology the view to the rear is much improved.” 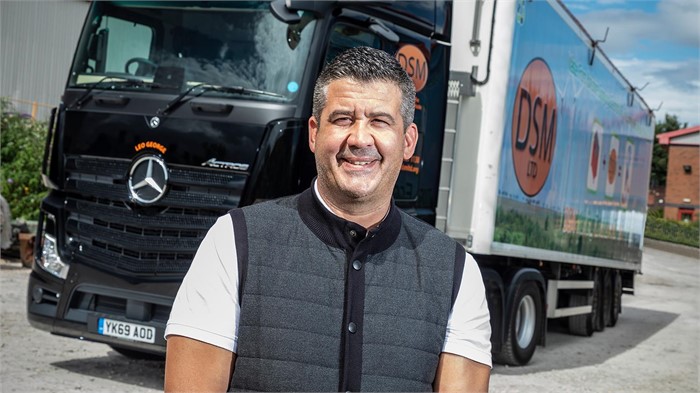 The three new Actros trucks feature StreamSpace cabs and 12.8-litre, 476-horsepower (355-kilowatt) engines, and they replace three older Actros models with slightly less powerful 450-hp (336-kW) engines. Other features include a Multimedia Cockpit that replaces the switchgear with dual screens, Predictive Powertrain Control, and Active Brake Assist 5, which uses cameras and radar to prevent potential collisions and can bring the vehicle to a complete stop if a pedestrian is detected. 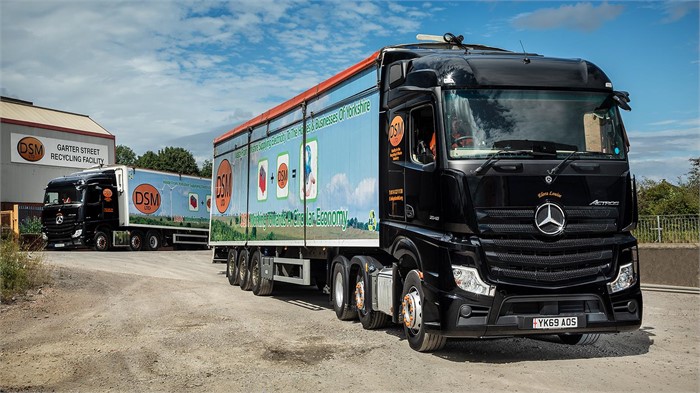 Each of the new Mercedes-Benz trucks features a 12.8-litre 476-hp engine and a StreamSpace cab. (Photo courtesy of Mercedes-Benz.)

So far, DSM’s drivers are happy with the trucks and Reynolds says the MirrorCam “has been very well received,” plus they appreciate the more powerful engine and have been reporting improved fuel efficiency. Of MirrorCam, Reynolds says “drivers can see so much more of what’s going on around them, and that can only make the roads safer for everyone, but particularly vulnerable cyclists and pedestrians.” He adds that the company has always been happy with Actros trucks, but with these new technologies, “Mercedes-Benz has made a great truck even more efficient, easier to use, and safer.”

There are hundreds of new and used Mercedes-Benz trucks for sale on Truck Locator, including a large selection of Actros models.