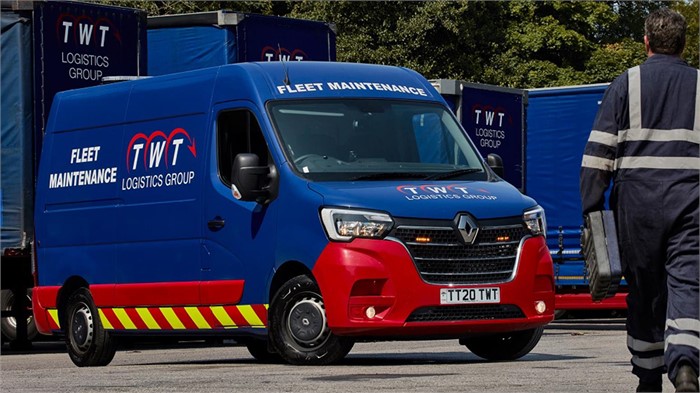 Welsh transport and warehousing specialists TWT Logistics Group recently purchased their first Renault Trucks Master Red Edition, an FWD 3T5 E6 – L2H2 service van, from Renault Trucks Cardiff. After a series of issues with a van from another marque, TWT decided to go with a Master van based on its “reputation for durability,” according to Renault.

The van is a mobile workshop that will that provides service to TWT’s fleet of more than 140 trailers, as well as other vehicles, that operate not only in Wales, but also in the Midlands, South Coast, and South West regions. The company says the van covers hundreds of miles each week in this role.

Only Renault Masters For TWT

“I would never buy anything bar a Renault Trucks Master van again, it ticks all of our boxes,” says Josh Taylor, fleet procurement manager at TWT Logistics Group. “Although this is our first Red Edition, we’ve run many Renault Trucks Masters, they’re so robust, they don’t break down and are very cost effective to boot. I personally racked up 350,000 miles on one in a previous delivery role, not only was it nice to drive, we spent very little on it. We made the mistake of trying a competitor vehicle some time ago to give a like for like comparison and by contrast we had to replace 2 engines, a gear box and eventually it just fell apart. Lesson learned; it’s Renault Trucks Masters from now on! We won’t be going anywhere else.”

You will find large selection of new and used Renault Trucks vehicles for sale every day on Truck Locator, including a number of Renault vans.