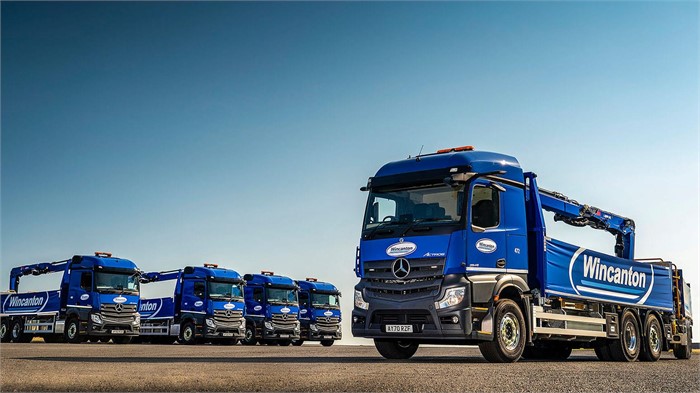 Chippenham, Wiltshire, logistics firm Wincanton recently received 14 of the 20 fifth-generation Mercedes-Benz Actros rigids they have on order. The new trucks are hard at work delivering building materials across Britain. (Photo courtesy of Mercedes-Benz.)

The Actros include Mercedes-Benz’s MirrorCam, technology that Wincanton Fleet Manager Martin Reeve says takes safety to a new level. “The improved visibility provided by the new cameras is an advantage, particularly when vehicles are manoeuvring on construction sites,” Reeve says.

Wincanton operates a 3,500-vehicle fleet in total, including 200 trucks from 27 customer locations in Britain. The majority of those are Mercedes-Benz drawbar combinations. 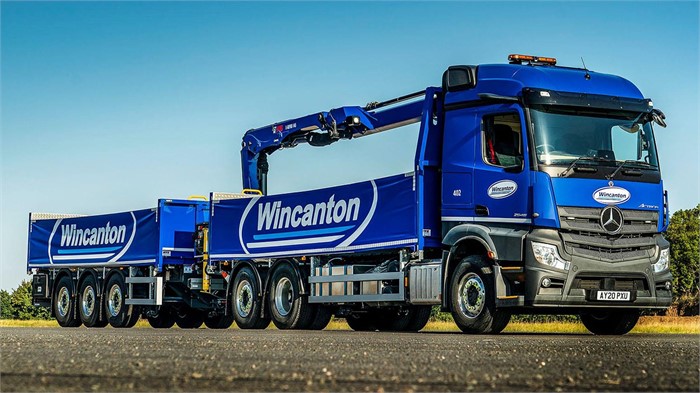 Wincanton received Actros 2546 L models configured with a 2.3-metre StreamSpace sleeper cab that includes a microwave oven and fridge. Those appliances come in handy for Wincanton’s drivers who typically spend four nights weekly in the cabs. A 10.7-litre, six-cylinder Mercedes-Benz engine supplies the trucks with 340 kilowatts (460 horsepower) of maximum power. Power-on-demand technology, meanwhile, enhances fuel consumption by enabling the engine to respond directly to the Hiab crane’s power take-off (PTO) requirements such that when the crane isn’t lifting, the engine runs idle.

MirrorCam, a standard feature on fifth-generation Actros trucks, relays images from cameras to in-cab screens fitted in the A pillars. Mercedes-Benz notes that MirrorCam is especially beneficial on worksites where dust clouds and similar conditions can severely restrict a driver’s view from the conventional exterior mirrors. Elsewhere, Wincanton opted to equip the trucks and trailers with safer and lighter honeycomb composite plastic rather than traditional keruing hardwood flooring. 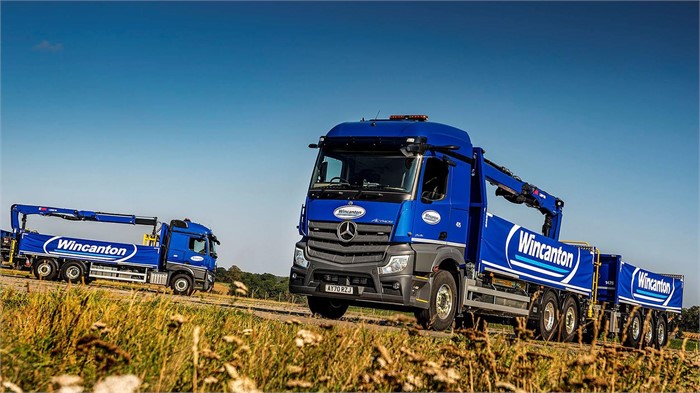 You’ll find a huge selection of new and used Mercedes-Benz trucks for sale every day on Truck Locator, including models like the Actros.