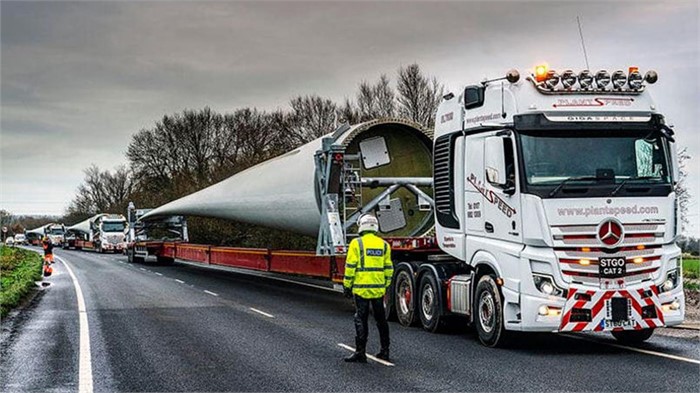 The Nooteboom Super Wing Carrier is purpose-built for hauling wing turbine blades measuring 50 m (164 ft) or longer. It has a steering angle of 60 degrees and features a hydraulic, height-adjustable gooseneck. The load floor is extendible from 18.65 to 64.3 m (61 to 211 ft). The trailer also has a ground clearance of 135 centimetres (53 inches) and a load floor height of 95 cm (37 in.) at the rear.

Find Your Next Trailer

You will find a number of new and used Nooteboom trailers for sale on Truck Locator.