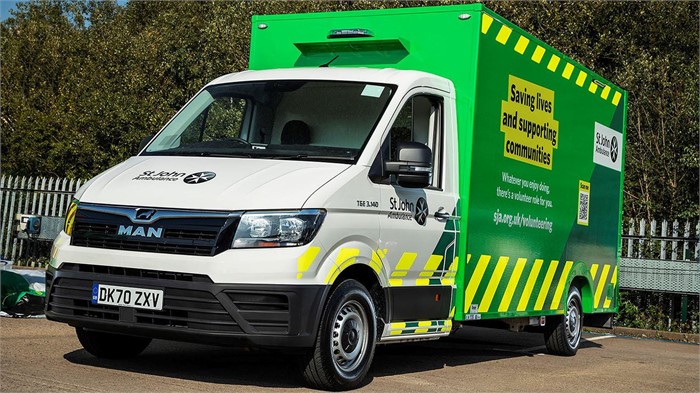 MAN and award-winning vehicle bodybuilder Bevan Group have teamed up on a fleet of eight 3.5-tonne specially designed logistics vehicles built on MAN’s TGE chassis that will be deployed by charity-based St John Ambulance. SJA will initially use the front-wheel drive vans to deliver medical equipment to satellite sites for restocking other ambulances. Eventually, the vans will support SJA volunteer doctors, nurses, and other members who provide first aid and other medical services across England. MAN plans to supply additional vans to SJA in coming months as the latter continues updating its fleet. 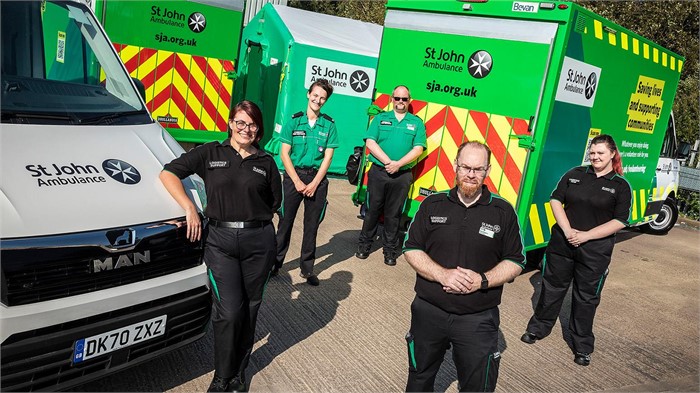 The new medical service vans that Bevan Group customized for St John Ambulance feature a rear door that doubles as a ramp that supports winching heavy equipment into the van. (Photo courtesy of MAN.)

“What’s more, [Bevan’s] market-leading five-year warranty confirms that Bevan Group is prepared to put its money where its mouth is when it comes to standing by the quality and consistency of its work,” George says.

You’ll find a big selection of new and used vans and MAN trucks for sale every day on this site.