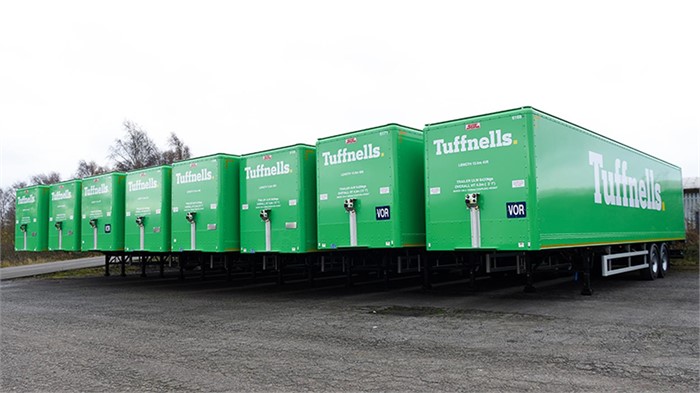 Tuffnells recently ordered 220 new SDC Boxvan and Curtainsider trailers. Both models are EN 12642-XL-compliant and provide the parcel delivery specialist with a host of load-securing options. (Photo courtesy of SDC.)

Tuffnells is a parcel delivery company that has 33 depots spread across the UK and specialises in large, long, and heavy parcels. The firm recently ordered 220 new SDC Boxvan and Curtainsider trailers, more than half of which are already in operation. The new trailers were acquired from TIP Trailer Services and will join a fleet of more than 1,110 vehicles, serving Tuffnells customers in the UK as well as internationally.

“We are extremely pleased with the roll-out of our fleet renewal programme, which will undoubtedly strengthen Tuffnells’ service,” says Tuffnells Services Director Simon Parsons. “TIP has made the whole process very straightforward and the quality of SDC’s product is second to none, providing greater flexibility and more efficiency in our operations for many years to come.” 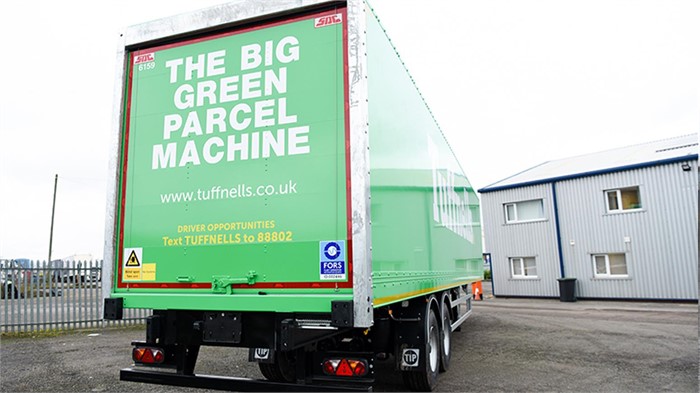 You will find a large selection of new and used SDC trailers for sale on Truck Locator, including an ever-changing selection of SDC curtainside semi-trailers.