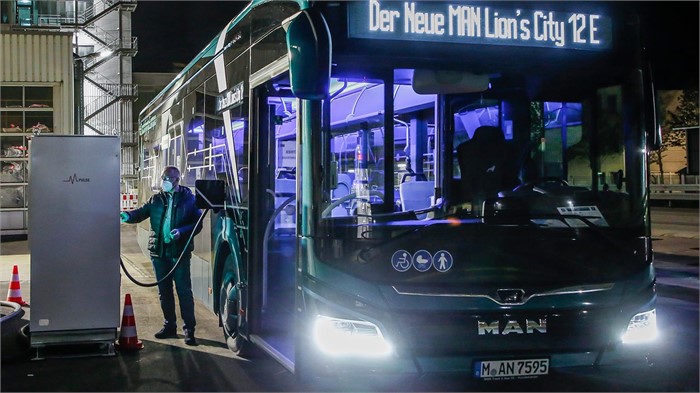 MAN Truck & Bus recently ran a trial of the fully electric Lion’s City E bus on a local public transport route in Munich, Germany. The bus ran for 24 hours on the routes between Karlsfelder Straße, Moosacher, and Puchheimer station, with drivers from MAN ProfiDrive behind the wheel and the charging socket sealed to testify to the range. In total, the bus logged 550.8 kilometres (342.25 miles) without an intermediate charge. To make the test as accurate as possible, the Lion’s City E ran the full regular route, stopped at each bus stop with time to open and close doors, and was loaded with weights to simulate the average utilisation by passengers. 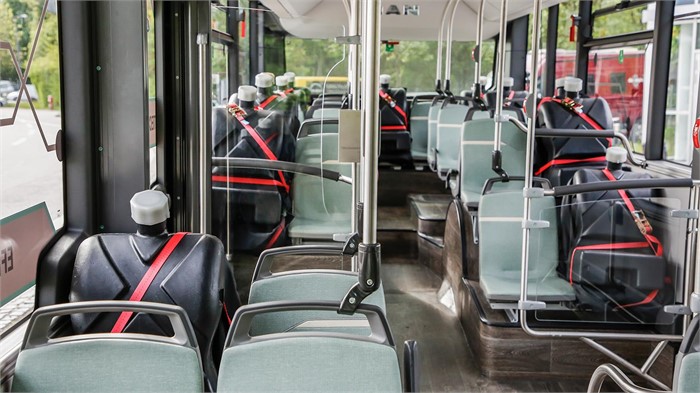 The Lion’s City E ran the full regular route, stopped at each bus stop with time to open and close its doors, and was loaded with weights to simulate the average utilisation by passengers. (Photo courtesy of MAN.)

Last year, the bus ran a similar trial in Badajoz, Spain. In that test, the bus completed a 16-hour shift of a full route with a total distance of 284 km (176.5 mi) in temperatures over 35 degrees with charge remaining at the end. The MAN Lion’s City E uses battery cell technology developed by Volkswagen along with a temperature management system that MAN says guarantees the bus has a range of up to 270 km (168 mi) or greater over the entire service life of the battery. The company is also offering special driver training on the e-bus to promote efficient driving to increase the distance range. Demand for electric buses is on the rise; MAN predicts half of all new MAN city buses will run on alternative drive technologies by 2025. 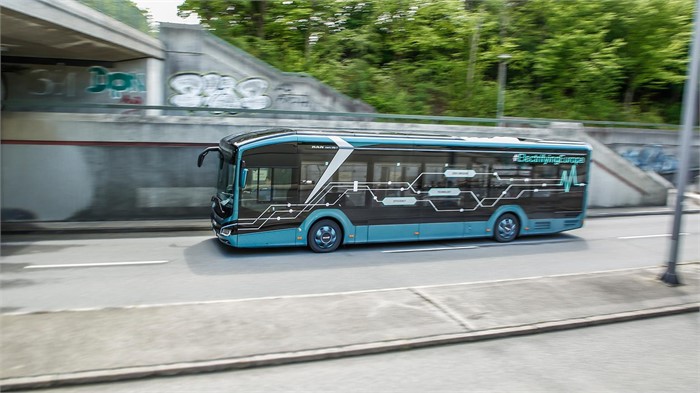 The bus ran for 24 hours on the routes between Karlsfelder Straße, Moosacher, and Puchheimer station. (Photo courtesy of MAN.)

“Our aim was to demonstrate that you can achieve a very high range with our Lion’s City E under genuine everyday conditions,” says MAN Head of Business Unit Bus Rudi Kuchta. “And after driving a total distance of 550 kilometres, we can say we definitely achieved it. As well as availability and reliability, the issue of range is a crucial factor for our customers. Ultimately, in the future a single electric vehicle needs to be able to take over lines that were previously operated using a single vehicle with an internal combustion engine, fitting seamlessly into the overall operation. With a range of 550 kilometres, this is possible without intermediate charging in 99% of cases. This means that customers can charge their buses in the depot and do not have to invest in additional technology along the route – a crucial advantage. Even ranges of ‘only’ 400 kilometres or 300 kilometres would cover 98 and 89% respectively of routes operated by MAN customers.”

You’ll find hundreds of new and used trucks from MAN for sale every day on Truck Locator.