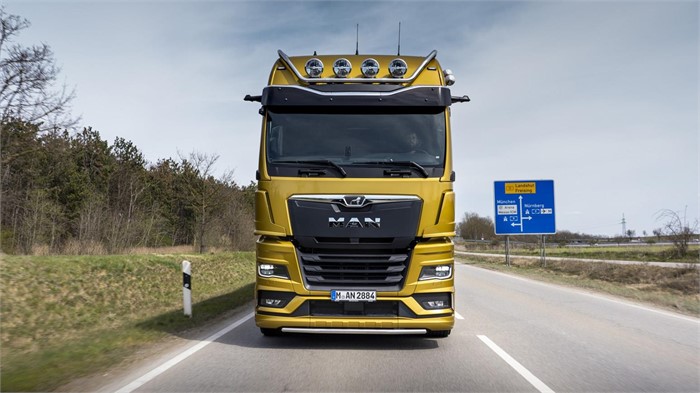 MAN launched its new Truck Generation last year, and much of the range will receive new product features between the second half of 2021 and early 2022. Highlights include the MAN OptiView mirror replacement system, the MAN CruiseAssist driving assistant, new drive functions, and improved aerodynamics.

MAN OptiView is an optional mirror system that replaces exterior mirrors with cameras on the front and sides of the vehicle. The camera video feeds to in-cab screens on the A-pillars, as well as the onboard media system, to show what’s happening around the truck. With a selection of views to choose from (switched either manually or automatically), MAN says OptiView eliminates blind spots, improves visibility, and offers more safety for other road users. When automatically controlling the view, OptiView varies the camera depending on the driving direction, speed, and steering angle. Cab screens can also display turn assist functions. 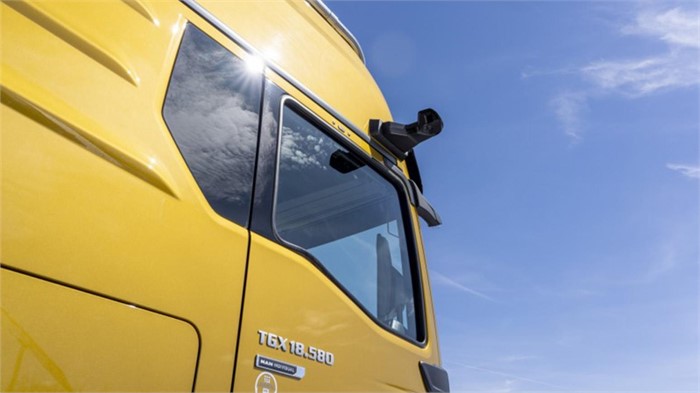 The optional MAN OptiView mirror replacement system, which can be ordered starting in October, features cameras at the front and on the sides. (Photo courtesy of MAN.)

With MAN CruiseAssist, the TGX and TGS series trucks can independently steer, brake, and accelerate in traffic. And when changing lanes, the trucks can take advantage of collision avoidance technology where the vehicle will intervene by counter-steering if a collision is imminent. MAN says the collision avoidance system, lane change support, and turn assist features are already available on the TGX and TGS, and can be ordered for the TGM beginning in October. 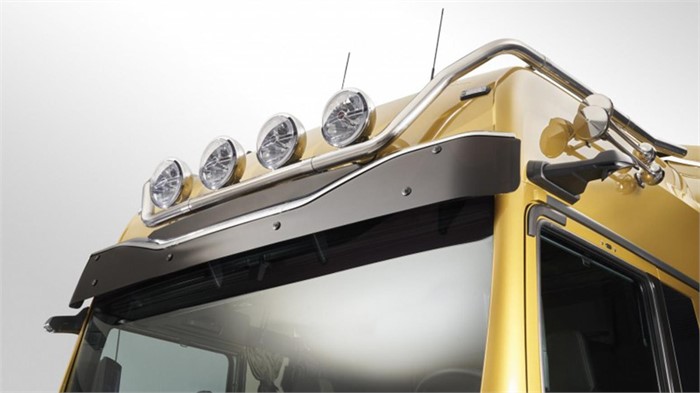 Combined with the lack of external mirrors, the new sunblind on the GM and GX cabs form a more aerodynamic cab on the New MAN Truck Generation. (Photo courtesy of MAN.)

The new Truck Generation will receive a dynamic torque adjustment function, which performs a speed reduction when cruising at idle. The dynamic torque adjustment function combines with the MAN TipMatic 12 gearbox (default configuration on standard MAN semi-trailer tractors), the D26 engine series, and new aerodynamics to the offer a fuel savings of 3.7% in long-haul transport. The improved aerodynamics come from the removal of external mirrors, as well as a new sunblind on the GM and GX cabs.

You will find hundreds of new and used MAN trucks for sale on Truck Locator, including a large selection of TGA, TGL, TGM, TGS, and TGX models.