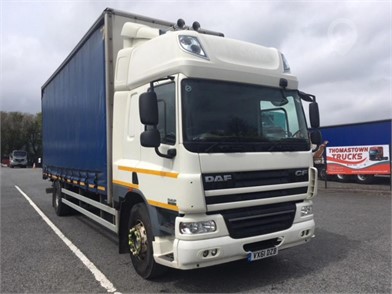 The DAF FA CF65.300 18-tonner is one of those trucks and it makes a strong argument for having all those extra horses under the cab...

The DAF FA CF65.300 18-tonner is one of those trucks and it makes a strong argument for having all those extra horses under the cab...

For a long time, the industry standard rule of thumb was 10hp per tonne when it came to engine output. These days so many trucks are exceeding this, by a distance in some cases, that this received wisdom might have to be reviewed. Part of the DAF CF65 range, the DAF FA CF65.300 18-tonner is one of those trucks and it makes a strong argument for having all those extra horses under the cab. Part of this argument concerns the theory that more power equals less stress on components and hence a longer and more reliable operational life. With Euro 6 almost upon us, such longevity could be an even more compelling factor for those considering a Euro 5 rigid purchase in the next six months or so. 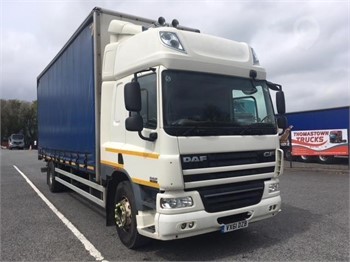 The DAF FA CF65.300 features a Paccar GR220 engine, displacing 6.7 litres in straight-six configuration. It is an extremely capable unit, with four valves per cylinder contributing to an eager and lively performance. It develops 300hp at 1,900rpm, blowing that 10hp per tonne rule completely away. It throws out 1,100Nm of torque between 1,200 and 1,900rpm. This engine is also turbocharged and intercooled and the common rail fuel injection also helps to produce a supremely flexible and powerful engine. Fuel economy is excellent too and operators report figures approaching 15mpg on mixed routes.

The gearbox is the 6AS1000 unit, with a top (overdrive) ratio of 0.78:1. The AS-Tronic box only has six cogs to play with, but when combined with that powerful engine this seems plenty. The automatic gear selection works well enough to be switched on at the beginning of the day and forgotten, but if you really want to hit those high mpg figures a little manual intervention is desirable. The drive select button is in the form of a rotary switch on the dash, while manual changes are effected from the right-hand steering column stalk. Using this for some early up-shifts on downhill routes and dropping a gear as a climb approaches will get the best mpg from the engine.

There is the usual choice of DAF's Day, Sleeper or Space cabs. The Space cab is clearly a standout. There is enough headroom for a six footer to stand up and all-round visibility from the driver's seat is superb, aided by narrow 'A' pillars. The mirrors are also well set up to minimise blind spots and maximise rear visibility. There is also a blind-spot camera and reversing camera, with a monitor recessed into the dash. The cab has a 700mm-wide lower bunk, which should be comfortable enough for extended trips away. Blackout curtains will also help the driver to get a good night's sleep. The dash is logically laid out, with all the principal controls falling easily to hand. Storage space is first class too, with three huge overhead lockers and separate exterior bins for wet and dirty work clothes. The cab is cosseted by its own air-suspension units. The main suspension is the standard set-up of steel at the front and air at the back. The brakes are a full-air system with discs all round, aided by an exhaust brake. Power-assisted steering is well weighted and gives good feedback.

Overall, the DAF FA CF65.300 is an excellent performer which will no doubt tempt many used buyers over the coming months.